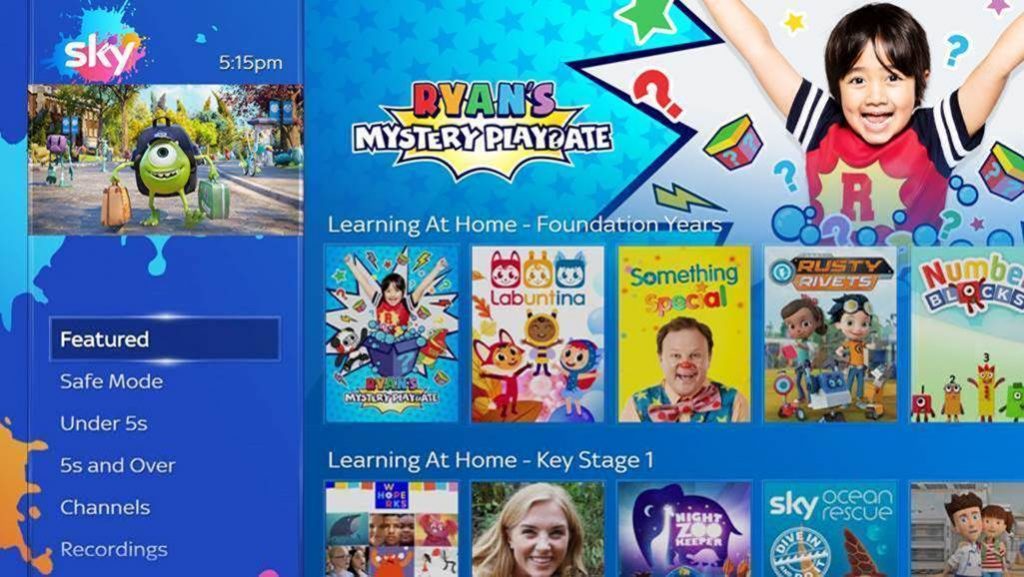 With schools around the UK shut down, Sky has added a range of educational collections to Sky Kids.

The operator said that the decision has been made “with the aim of helping families who will be spending more time together at home in the coming weeks and supporting their little ones during school closures”.

Dubbed the ‘Learning From Home’ collections, content will be broken down into three key curriculum stages.

The first is Foundation, for children under five, with separate Key Stage 1 and Key Stage 2 sections.

Foundation has content including Numberblocks which focuses on numeracy, Labuntina for educational songs, alongside shows such as Ryan’s Mystery Playdate, Rusty Rivets and Octonauts.

The Key Stage 1 section’s featured content includes natural history and science programming such as Ocean Rescue: Dive In & Do It and Maddie’s Do You Know? alongside dance tutorials from Kidz Bop and Sky Sports’ Kids Fit in 5.

The final section, Key Stage 2, includes current affairs and factual shows such as Braydon Meets along with Horrible Histories and Operation Ouch. A special episode of weekly news show FYI focusing on Coronavirus will be available from 28 March.

For entertainment, Sky Kids is launching a number of new shows such as The Adventures of Paddington from Nick Jr and DreamWorks Animation’s Where’s Wally?. Sky will also launch new episodes of Moominvalley and Sky original Bad Nature during the Easter period.