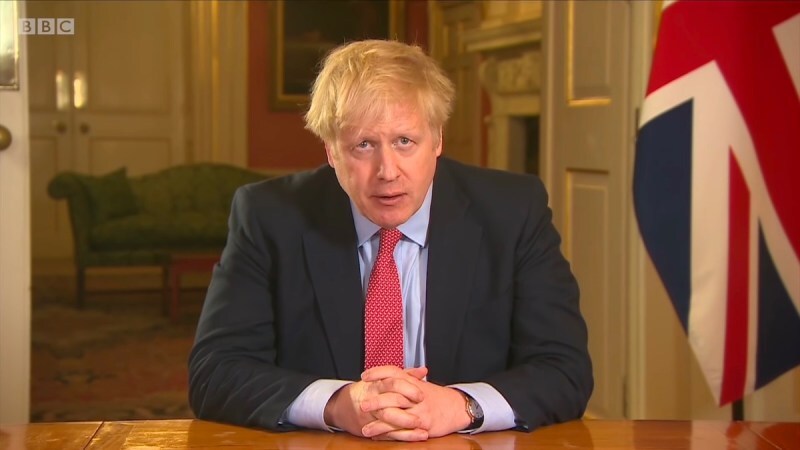 UK prime minister Boris Johnson’s address to the nation on March 23 was historic in more ways than one, with the British prime minister not only introducing unprecedented measures to address the coronavirus pandemic but also setting viewing records.

The brief pre-recorded broadcast was watched by 27.1 million British households on linear TV. The official broadcast figure puts the address alongside events like the 1966 World Cup final and the funeral of princess Diana.

The 1966 final is the current record holder for the nation’s most watched programme, with a combined audience of 32.3 million across the BBC and ITV – though measurement methods were much less sophisticated 44 years ago. The 1997 funeral of Diana drew a peak television audience of 32.10 million, while an estimated 2.5 billion people watched the event worldwide.

All said, Johnson’s address is officially the eighth most-watched broadcast in the country’s history, and attracted the largest audience since Diana’s funeral. The majority of the broadcasts ahead of the public statement – which was broadcast on BBC One, ITV, Channel 4, Sky News, and BBC News (BBC Two continued its airing of University Challenge) – involve the royal family or sport.

However, Johnson’s address likely saw a much larger figure with millions more likely to have watched on internet live streams and via catchup services. The address was also uploaded to Amazon Prime Video and was at the top of the home screen in the immediate period after its initial airing.

This was the first prime ministerial address in the UK since Tony Blair announced the country’s involvement in the invasion of Iraq in 2003.