More than a million tune into La Liga esports tournament 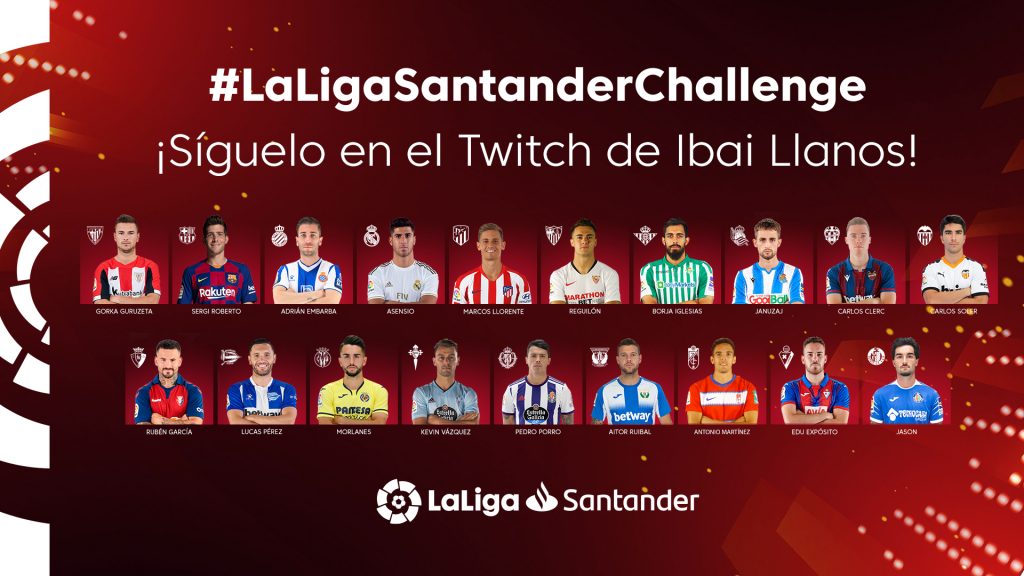 In lieu of traditional football, La Liga has taken to the digital realm with a charity FIFA 20 tournament that garnered more than one million viewers.

The competition, which took place on March 22, was streamed on YouTube, Twitch, LaLigaSportsTV and social media channels, and was broadcast on Movistar+ via Deportes 1 in Spain and on Eleven Sports in Belgium and Portugal.

The tournament was arranged by the league, in conjunction with sponsor Santander and FIFA series developer EA Sports. The league also said that it will further gauge interest by tracking its #LaLigaSantanderChallenge hashtag, which was shared by a number of broadcast partners, influencers and players.

A number of other sports competitions are turning digital while the world battles the coronavirus pandemic.

Formula One hosted its inaugural Bahrain Virtual Grand Prix in place of the real thing over the weekend. The organiser said that it averaged 289,000 concurrent streams and peaked at 359,000. That included 199,000 on YouTube, 180,000 on Twitch, and 18,000 on Facebook. The race was also broadcast on Sky Sports in the UK, though Sky is yet to reveal audience numbers.

Covering this esports event is a part of Sky’s move to make its Sports package still remain compelling amid the pandemic, though it has allowed customers to pause their subscriptions while coronavirus has brought the sporting world to a halt.

Announcing that move, Stephen van Rooyen, EVP and CEO, Sky UK and Europe said: “We’re working hard at Sky to make sure we continue to look after our customers. We’re also introducing some things to help make life a little easier for anyone at home trying to work, stay connected to loved ones, or keep the family entertained.”