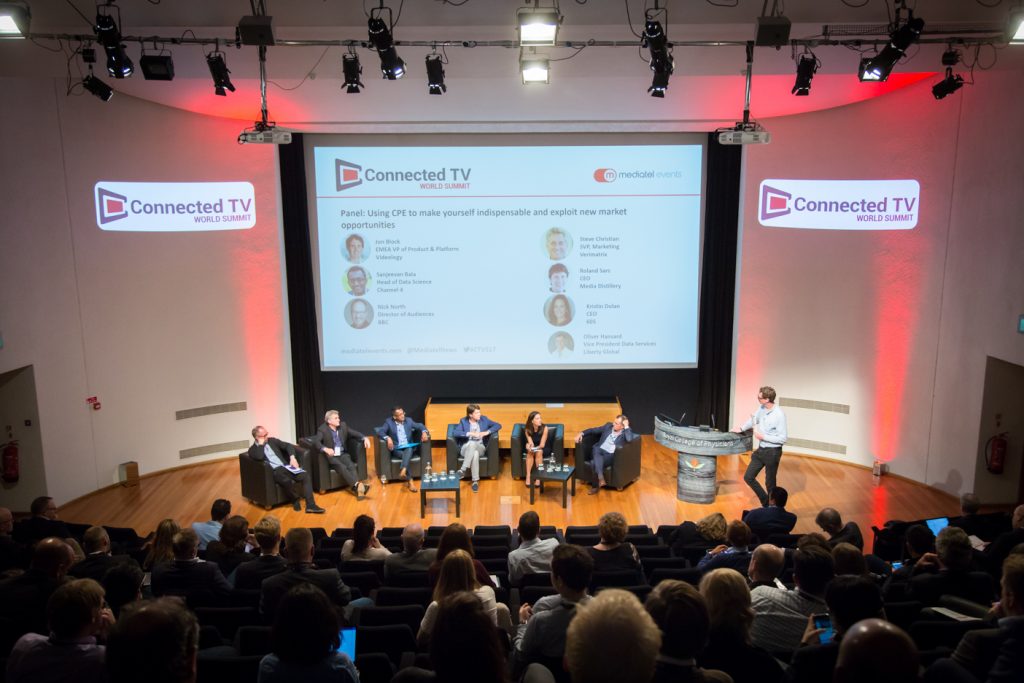 Connected TV World Summit, set to take place next week in London, has been reduced to one day, its organisers have confirmed.

Mediatel Events had previously said that the event would go ahead as planned, but the rapid spread of Coronavirus has forced the organisers to reduce its scope.

At writing, there have been 321 reported cases of the illness in the UK, with London having 61 confirmed cases.

A statement from Mediatel said that it has “taken the decision to reduce the event to a single stream one-day event which will take place on 18th March at The Royal College of Physicians.”

“We believe this is the right thing to do for those already invested in flight and hotel reservations. However, we are aware that some companies have imposed international travel bans and are asking their employees not to attend industry events. Sadly, this inevitably has had a knock-on effect on the number of attendees we expected and the speaker line-up for next week.”

The organisation said that it still would “encourage all ticket holders still planning to attend to come along on this date.” IT will also continue to host the Videonet Connected TV Awards winners presentation after the event.

The organisers added that it will run an additional Connected TV World Summit in October in November as a two-day event that is free of charge to existing pass holders.

Mediatel will not refund existing pass holders, saying that those unable to attend the event later in the year can transfer their ticket to the event scheduled for March 2021.

This is the latest event to be hit by the virus, and comes shortly after short-form streamer Quibi cancelled its launch event scheduled for April 5. Other cancelled events include SXSW, Cabsat, MIPTV, the European launch of Disney+ and a host of others.