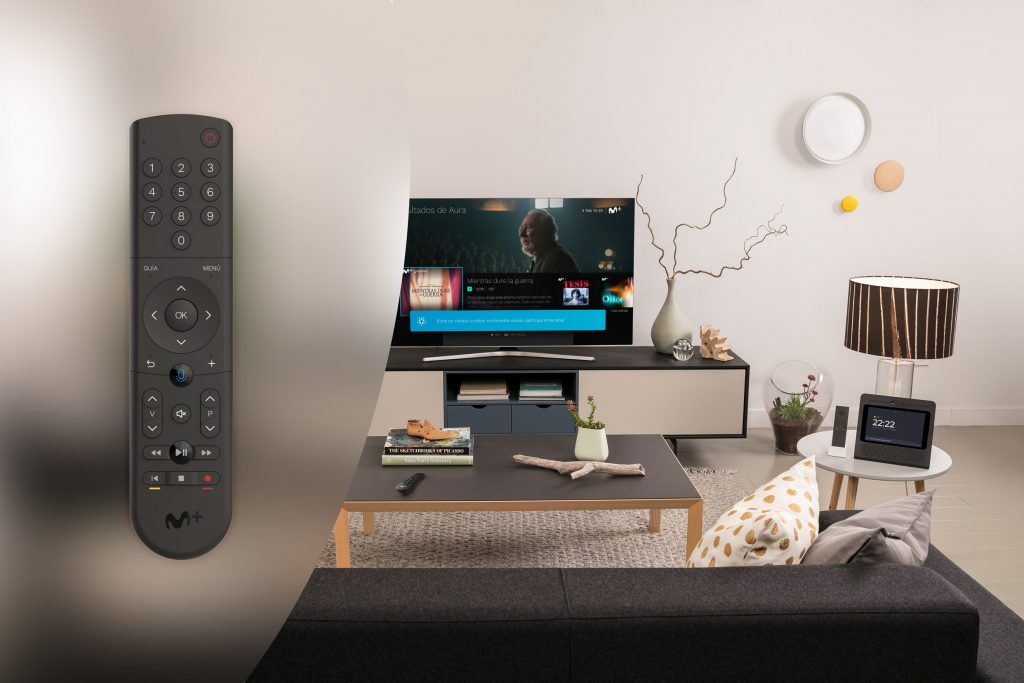 The new remote, launching on February 24, will allow users to interact with the service through their voice and connects to the UHD and UHD Smart WiFi decoders via infra-red and Bluetooth.

The remote will lean on Telefónica’s Aura AI virtual assistant to interact with Movistar+ for search and enhanced control. In particular, the operator said that users will be able to carry out the main actions of the TV interface more easily, such as changing channels or doing searches (by title, cast, genre or type of content, in the channel’s program schedule, etc.).

In addition, the service enables users to request recommendations, with the company saying that functionality is “constantly evolving.”

Telefónica added that test users were particularly receptive to the key backlighting which allows use in poorly lit environments.

The new remote will cost existing customers €10, or be provided free of charge with new UHD decoders and UHD Smart WiFi units.

The company said that this latest launch underlines its efforts as it “continues to work on the latest technology to offer its customers the best user experience”.

There are currently more than 4 million households subscribing to Movistar+. The company said that advanced functionalities such as recordings, view from start, live control and last 7 days are used by 83% of users and that they have an average rating of 9/10 in customer surveys.

The company promises further enhancements to the platform such as split screen viewing and incorporation of Apple TV into the device ecosystem.

This is the latest product launch for Telefónica since the January appointment of Ángel Olabuenaga Burón as its chief financial officer.

Olabuenaga has previously worked for companies including Deloitte, Telefónica Data España and Electrolux. Most recently he was CFO, Latin America for wind turbine group Vestas.