One in three now own streaming devices, but growth levelling off

One in three internet users in 16 leading markets now own a streaming box or streaming stick, according to Ampere Analysis, with Sweden the global leader. 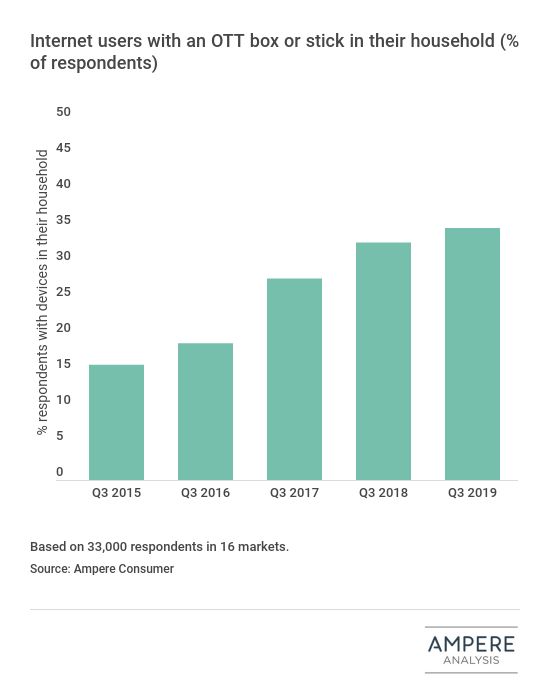 Ampere’s survey showed that while uptake of streaming devices has doubled since 2015, growth slowed between Q3 2018 and Q3 2019, with an increase of two percentage points across the markets surveyed.

Penetration of streaming devices is highest in Sweden where 55% of internet respondents claim to have an OTT box or stick, followed by Denmark, the UK and the US. 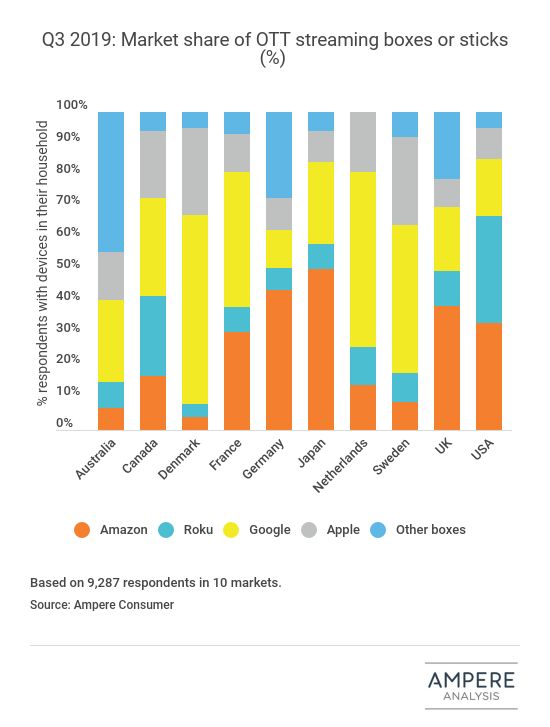 Ampere Analysis found that the market leaders differ greatly from market to market. The Ampere Analysis Barometer found that Amazon Fire TV is now the leading device in many of Amazon retail markets, with a 40% share in Germany and Japan, while Roku is in pole position in the US and Canada and Google Chromecast leads in Denmark, the Netherlands and Sweden. Google has over 50% market share in the Netherlands and Denmark, where Amazon lacks a strong retail presence.

Other findings include differences in the streaming services internet users rely on, reflecting device owner strategies, interfaces and the products they promote.

In the US, although Netflix is still the key service for Fire TV owners, Amazon device homes are more likely to subscribe to Amazon Prime Video and HBO Now than the average.

Roku device owner, on the other hand, show a slight skew towards Hulu and Netflix compared to Amazon Fire TV households, according to Ampere.