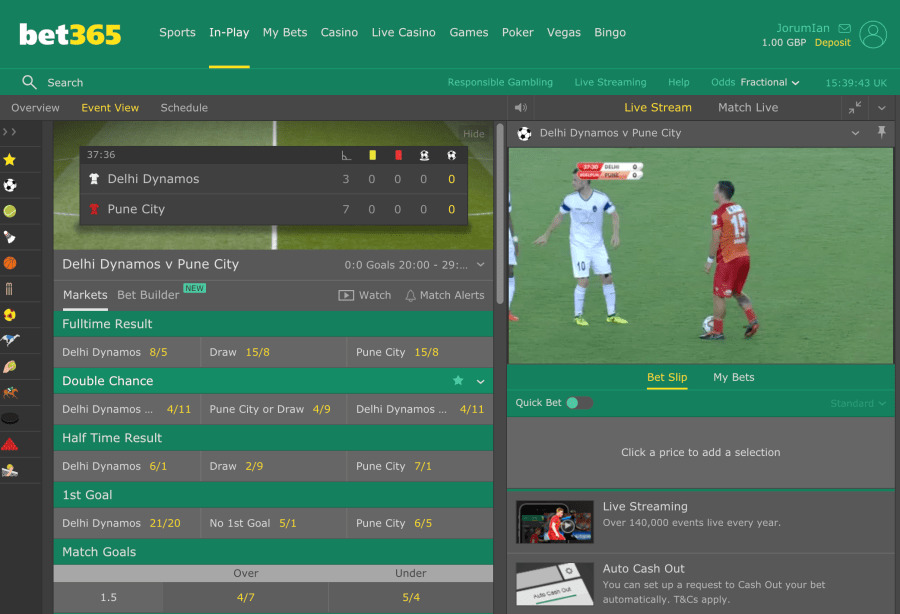 Gambling firms in the UK have been violating the FA’s Saturday broadcast blackout rules, claims a new report.

According to i, Brits have been able to access live streams of La Liga, Seria A, Bundesliga and Ligue 1 games through betting companies bet365, Paddy Power and Ladbrokes during the two-and-a-half-hour blackout window between 14:45-17:15 on Saturdays. During this period, no matches are allowed to be broadcast either on TV or online.

The rule has been in place for over 50 years and has been enforced in order to protect and encourage attendance at lower league matches. While Uefa’s laws permit blackouts, England remains only one of three markets where it is still used, along with Scotland and Montenegro.

A spokesperson commented to the paper that the FA is “aware of the matter” and “looking into it.”

A previous report from the same paper had also highlighted that bet365 was advertising several 15:00 matches on its live streaming schedule, including an FA Cup tie between Burnley and Norwich. Following that report, the match was removed from its streaming schedule but it still insisted on streaming matches from foreign leagues, including the tie between Valencia and Barcelona.

The FA has strongly advocated for the blackout in the past, and condemned the attempts of Eleven Sports to broadcast La Liga and Serie A matches during the blackout period. Eleven Sports initially aired some of the matches, but caved into the pressure to cease broadcasting.

This is the latest clash between British gambling companies and official bodies. Last week, sports minister Nigel Adams said that football has “far too much dependency” on sponsorship from gambling companies and that the government will review the Gambling act. In comments to BBC Sport, he said that “the link between sports – football in particular – will form a part of that [review].”