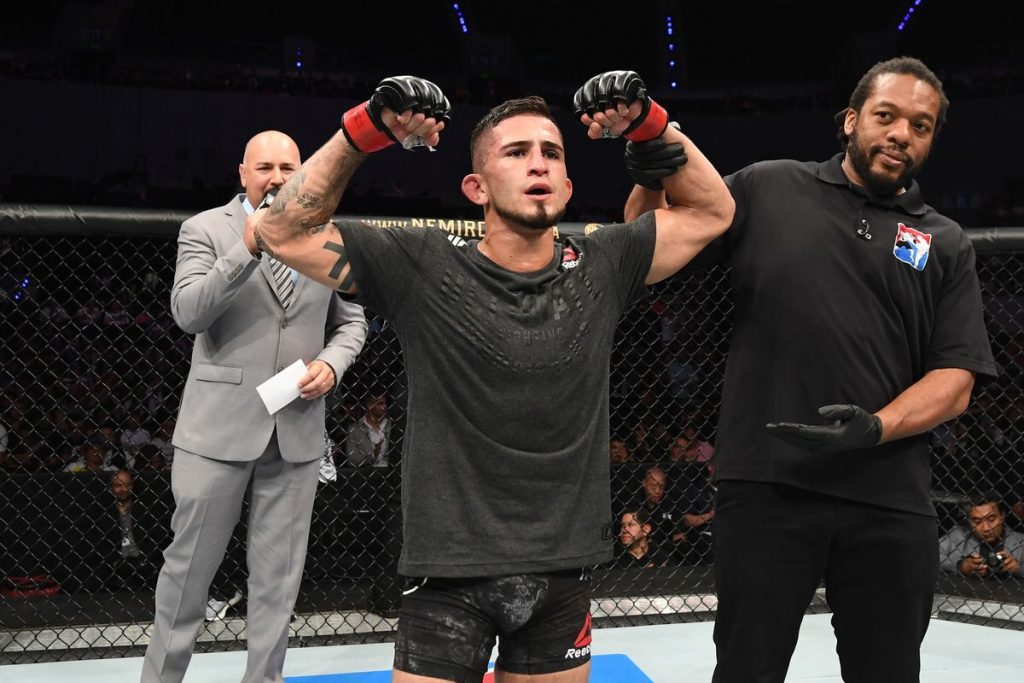 Combat sports competition the UFC has inked a one-year deal with Facebook.

The arrangement will see the UFC produce three original shows for Facebook Watch, with all content to be tied to 20 UFC events over the next year.

The short-form shows are Quick Hits, The Check-In How and Fighter Commentary. Quick Hits is a live interview show that takes place during an event’s preliminary fights; on-demand The Check-In Show will interview combatants and guests about upcoming events; while Fighter Commentary will, as the title suggests, show fighters speaking over video of their previous bouts to provide analysis and insight.

Dave Shaw, UFC’s senior VP of content and international said: “Our primary objective is to push viewership and transactions on Saturday nights. We’re going to invest a little bit more heavily in this content so it can have a bigger impact.”

“The deal was constructed by teams in the US but we’re distributing the content as far and wide as possible. We have different targets and objectives in each market.”

One such market is Russia, where the company has announced a package with operator Tricolor.

UFC TV is provided as an a la carte option for 299 rubles per month.

Arsen Khomutov, Tricolor content director said: “We continue to develop thematic television watching in Russia, especially content related to sports that are not widely represented on federal channels. Subscribers of our new UFC package will have the opportunity at any time to watch the most vivid fights with the participation of legendary athletes on one TV channel.”

Andrey Gromkovsky, vice president of UFC Russia said: “The launch of UFC TV on the Tricolor platform is a new step in expanding the UFC brand and promoting mixed martial arts (MMA) in Russia. Now the fans will be able to support our fighters even in the most remote regions. It is especially important that Tricolor begins cooperation with UFC TV in early 2020, when the biggest UFC fights are expected.”

Konstantin Vladimirov, commercial director of Media Telecom, said: “UFC TV began broadcasting in April 2019 and has already managed to gather its loyal audience, becoming one of the best sports channels in the current OTT and IPTV services. We are glad that now subscribing to it is available to a wide audience of Tricolor as part of the DTH service.”