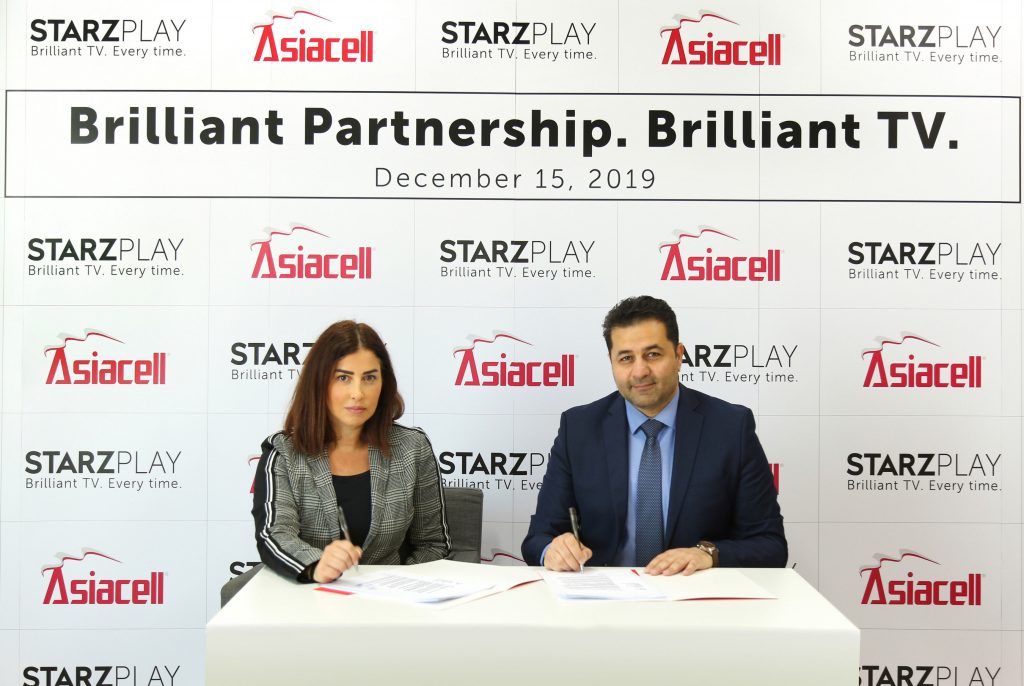 Leading SVOD Starzplay has signed a deal with telco Asiacell in an attempt to target the Iraq market.

The deal will see the operator’s ‘Unlimited’ monthly package subscribers gain access to the streamer at no extra cost. In total, Asiacell reaches 99% of the Iraqi population and has a total subscriber base of over 14 million customers.

Lionsgate-owned Starzplay is available in more than 20 countries across the MENA region. It offers more than 10,000 hours of premium movies, exclusive series, Bollywood movies and Arabic shows. In the region, Starzplay topped 1 million subscribers at the beginning of 2019 and adding 200,000 subs in the most recent quarter.

Raghida Abou-Fadel, vice president of sales and business development at Starzplay, said: “One of our objectives as a business since we launched in the region was to establish a clutch of partnerships with telecommunications providers so that we could offer the best value deals to customers, with flexible payment options through existing mobile contracts.”

“This latest partnership with Iraq’s Asiacell underlines our commitment to this strategy, offering enhanced customer service through hard bundled packages for subscribers. We’re also pleased to announce our continued penetration of what is a fast growing and important consumer market as we progress in achieving our expansion plans across the Middle East and North Africa region.”

Asiacell spokesperson Abdulla Hassan said: “Asiacell has always set out to be the prime digital life enabler in Iraq. We are proud to have established this significant partnership with the region’s leading SVOD platform Starzplay to further drive customer satisfaction.”

This is the latest deal for Starzplay as it expands further into the region, and follows a similar deal with Intigral in Saudi Arabia which saw the streamer added to the Jawwy TV OTT platform.

Towards the end of 2019, Lionsgate also expanded Starzplay into Western markets including the UK and France as a US$5 per month standalone service.