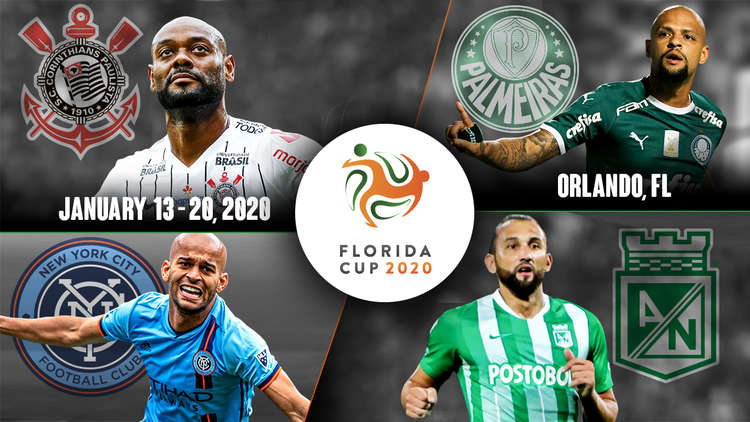 BeIN Sports has acquired the broadcast rights to the 2020 Florida Cup.

The Florida Cup is the state’s largest annual sports and music festival, and will include four football matches between teams from Brazil’s Corinthians and Palmeiras, Colombia’s Atlético Nacional, and the MLS’s New York City FC.

The media rights agreement with the competition will see all four matches broadcast across MENA, Asia, Turkey, Australia and New Zealand.

The Florida Cup will be hosted at the Exploria Stadium in Orlando, the home of Major League Soccer club Orlando City. The tournament acts as a prelude to both the Major League Soccer season, which begins on February 29, and the CONMEBOL Copa Libertadores and the CONMEBOL Copa Sudamericana, which start on January 21 and February 4 2020 respectively.

Ricardo Villar, CEO of the Florida Cup, said: “We are thrilled to once again partner with beIN SPORTS to air the Florida Cup live from Orlando to an international audience in key regions of the world. Together, we continue to draw global attention to the ‘City Beautiful’ and the exciting soccer that is played here every year.”

Jonathan Whitehead, head of sports at beIN Sports MENA said: “We are delighted to partner with the Florida Cup and broadcast this fresh and exciting tournament in multiple territories around the world. beIN Sports is the leading international broadcaster of South American football, so we’re pleased to be able to showcase some of the biggest clubs from Brazil and Colombia ahead of the world-renowned 2020 Copa Libertadores.”