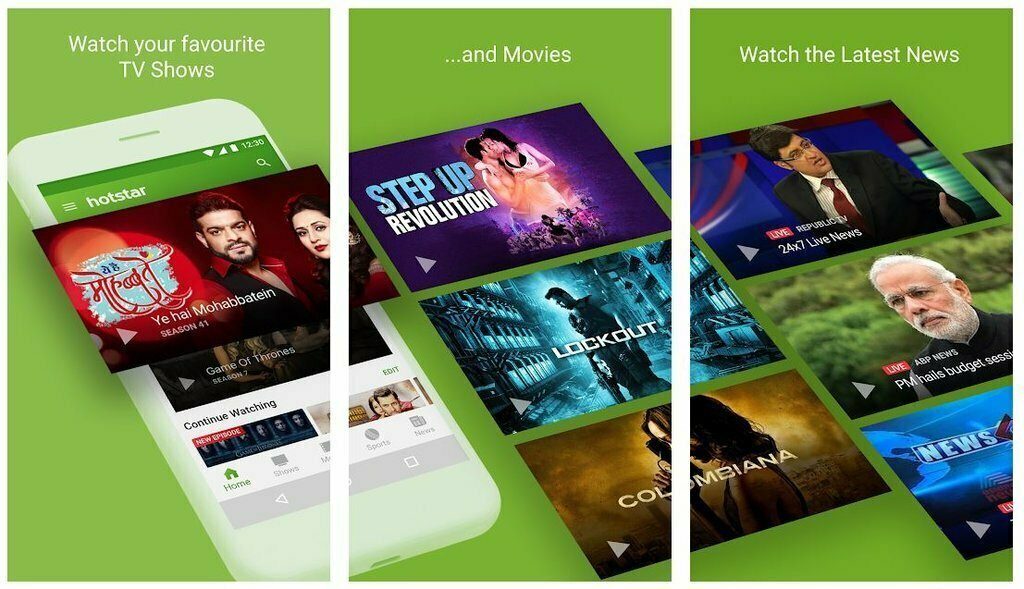 The company said that it had registered double the installs and three times the growth in consumption year-over-year, making it one of the most downloaded apps in India. This is underlined by Hotstar saying it registered 555 installs per minute in 2019.

The streamer said that its success is largely attributed to interest in the 2019 IPL season and the Cricket World Cup. It said that over 300 million users streamed matches during the IPL season, and that India’s Cricket World Cup semi-final defeat to New Zealand was viewed by 25.3 million live concurrent viewers.

Hotstar also said that the platform is “cutting across age-old geographical, linguistic and gender stereotypes.” In particular, Hotstar said that there has been a significant increase growth in non-metropolitan areas, with such regions now accounting for 40% of its overall content consumption.

Varun Narang, EVP and chief product officer, Hotstar, said, “The accelerated growth of the Indian video entertainment ecosystem has had an unprecedented impact on the consumer. Today, the Indian consumer enjoys a plethora of content to choose from, has moved beyond metro cities, and isn’t limited by gender or language. More importantly, this growing accessibility has opened doors to new thoughts and ideas that are shaping a stereotype-defying consumer.”

Hotstar is by far the market leader in India with over 300 million monthly active users, with both Netflix and Amazon Prime Video both having less than 30 million subscribers in the country.

Netflix has used the country as something of an experimentation ground for a range of business practices. Earlier this year, the company launched an RS199 (€2.59) per month mobile-only plan in the country earlier this year, and has recently said that  the streamer will also offer three-, six- and 12-month plans at discounts of up to 50%.

A spokesperson said that it believes its members “may value the flexibility that comes from being able to pay for a few months at once.”