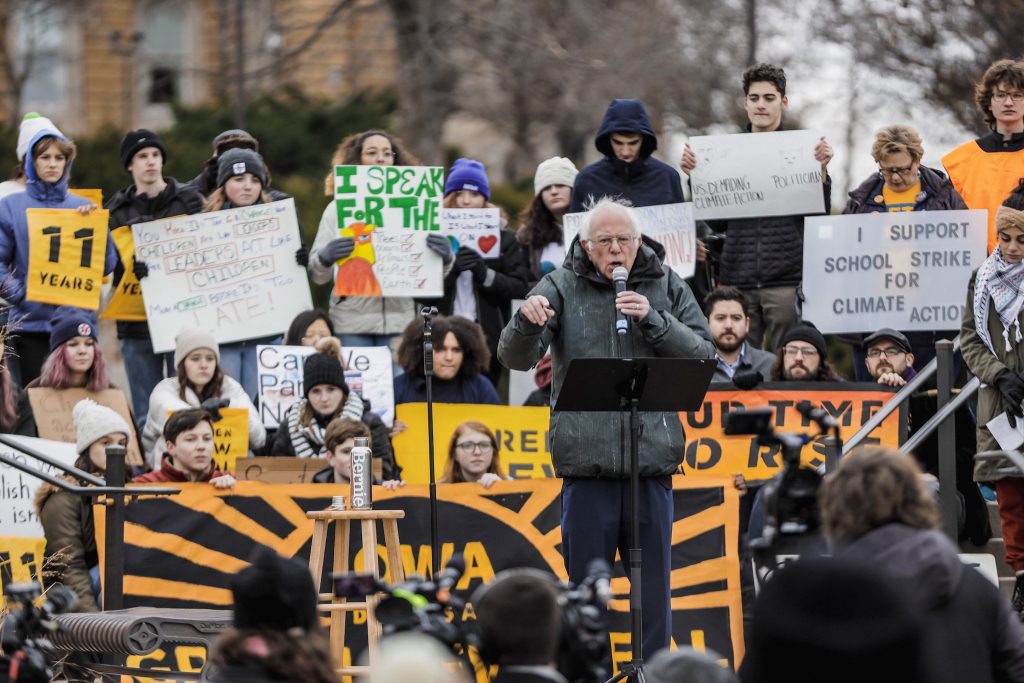 US Democratic presidential candidate Bernie Sanders has announced his plans for publicly-funded broadband networks and the break up of major service providers.

In an issued statement from his campaign, Sanders said that the “greed” of major service providers such as Verizon and Comcast “must end.”

According to the International Telecommunication Union in 2017, 76% of Americans have access to the internet – making it only the 54th-placed country in the world in terms of penetration – and this is only under the current definitions of broadband. The FCC’s standard for what it calls broadband is speeds of standard of 25 Mbps down and 3 Mbps up, while Sanders wants to update that to 100 Mbps down and 10 Mbps up.

The Sanders campaign argues that “millions lack any internet provider in their area and tens of millions are trapped with only one option,” meaning access is very expensive. A 2015 study from The Center for Public Integrity comparing five US cities and five similarly-sized French cities found prices in the US could be up to 3.5 times higher than their French equivalent. The research also claimed that providers have carved territory up in order to avoid competition. Sanders claims this allows providers to “exploit their dominant market power to gouge consumers and lobby government at all levels to keep out competition.”

The letter goes on to say that internet access “must be treated as the new electricity – a public utility that everyone deserves as a basic human right.”

Sanders proposes subsidies of up to US$150 billion to municipalities and states to build their own publicly-owned broadband networks. This is an idea which has been gaining traction across the idea, with cities such as Cattanooga, Tennessee and Lafayette, Louisiana being cited as examples of areas with municipality-owned internet services.

The letter also says that all ISPs will be required to provide an affordable Basic Internet Plan, and calls for a full reinstatement of Net Neutrality – infamously abandoned by the current government. Sanders said he would also outlaw data caps and data throttling.

The proposal is similar to Labour’s promises to nationalise BT’s fixed line network to provide full-fibre broadband to the UK should it win this week’s election.

The party has said that it will nationalise Openreach, along with parts of BT Technology, BT Enterprise and BT Consumer and that the move will be paid for by raising taxes on big tech firms like Google, Amazon and Facebook.