Disney+ signed up an estimated 15 million domestic US subscribers in the first five days after its launch, compared with only 1.1 million for Apple TV+, according to data compiled by research outfit In My Area. 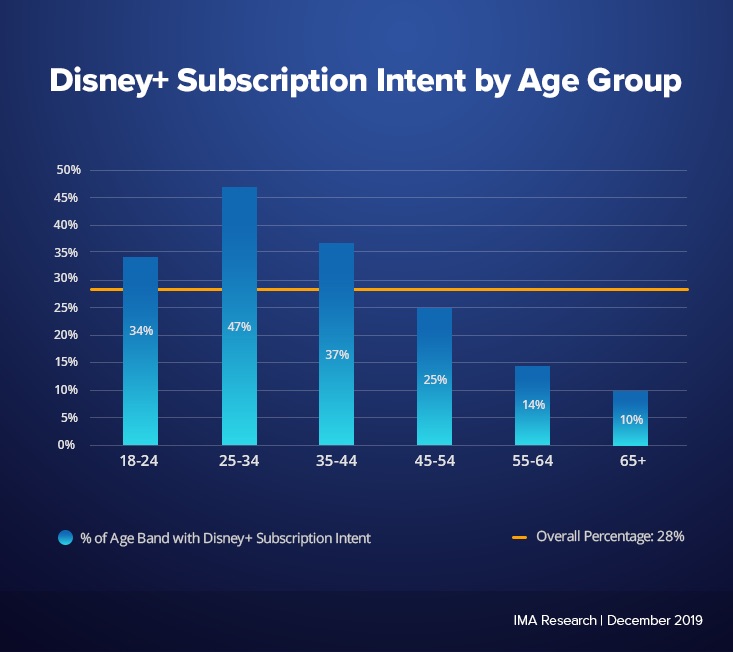 The research group surveyed 1,097 people between November 14-17, and extrapolated the total figure from its survey data.

It estimated that 18% of the US population had expressed an intent to subscribe, with 69% of those with intent saying they had already subscribed.

That translates into just over 15 million homes, which In My Area said was in line with the estimate of Apptopia that the streaming outfit had signed up 15.5 million users some 13 days after launch, although the Apptopia figure also included international subscribers.

In My Area said that about 40% of those who had signed were watching through a free promotion, while 35% said they would pay US$6.99 a month for the offering. Some 13% said they were willing to pay US$12.99 for Disney’s bundled offering of Disney+, Hulu and ESPN+, while 12% were willing to pay the reduced annual fee of US$69.99.

In Your Area also found that awareness of Disney+ was much higher than that for Apple TV+, with 63% of respondents knowing about Disney+ versus 34% for Apple TV+.

Tags: Disney, In My Area