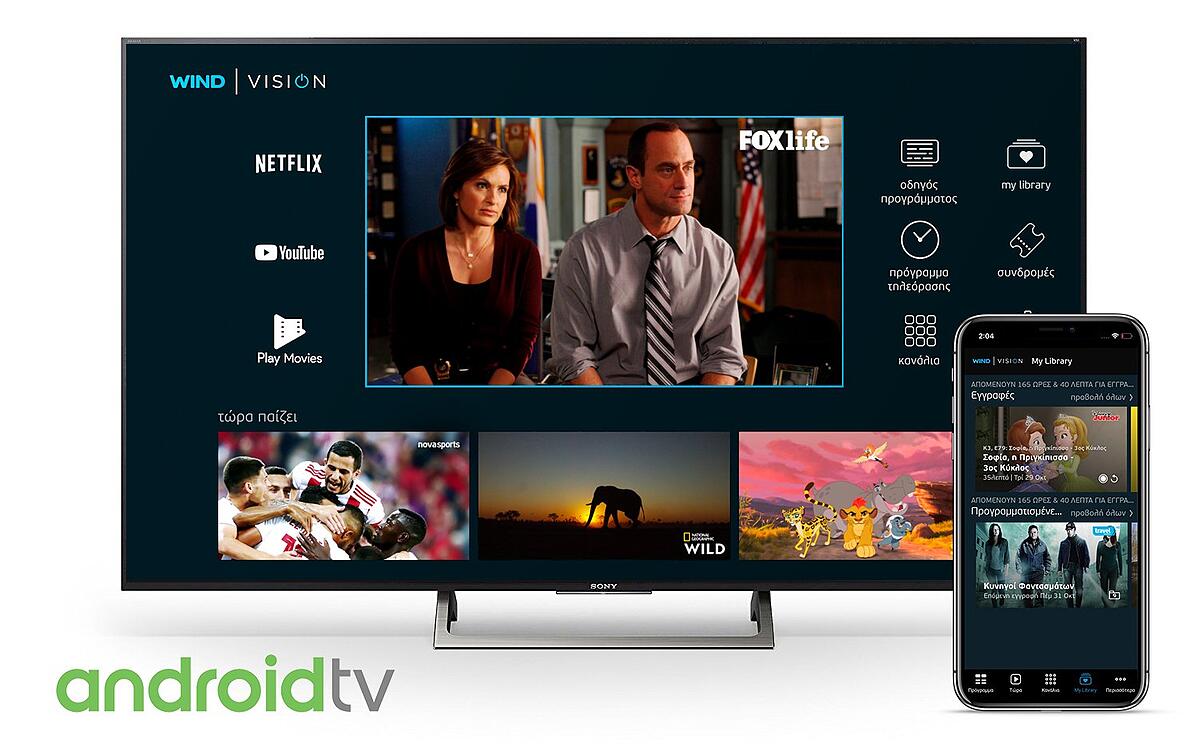 Greek service provider Wind Hellas has launched a cloud-based recording service. The Android TV solution was built and operated by Zappware as a turnkey service.

“As we keep on innovating in the Greek market, we have now rolled out our Cloud Recording function to all Wind Vision users. The feature that I particularly like is our new Series-function: click record once, and we build a box-set of all episodes. This is a significant and ambitious extension of our current service offering. We are now giving consumers the freedom to watch their favourite TV shows whenever and wherever they want, whether in the comfort of their own homes or on the go, live or recorded, on all screens.  Integrating all relevant content including Netflix, the Google ecosystem and our TV channels in one simple experience, was key to win market share. We now, with our partner Zappware, innovate further with the enrichment in terms of features”, said Hermann Riedl, chief strategy and digital transformation officer of Wind Hellas.

“Zappware was able to deploy the initial service from scratch in a record-time and bring it live 1,5 years ago. After the launch, the industry awarded this solution the UX award. We are now moving ahead with the feature evolution launching nPVR. Looking forward supporting the further growth of Wind Hellas”, said Patrick Vos, CEO of Zappware.