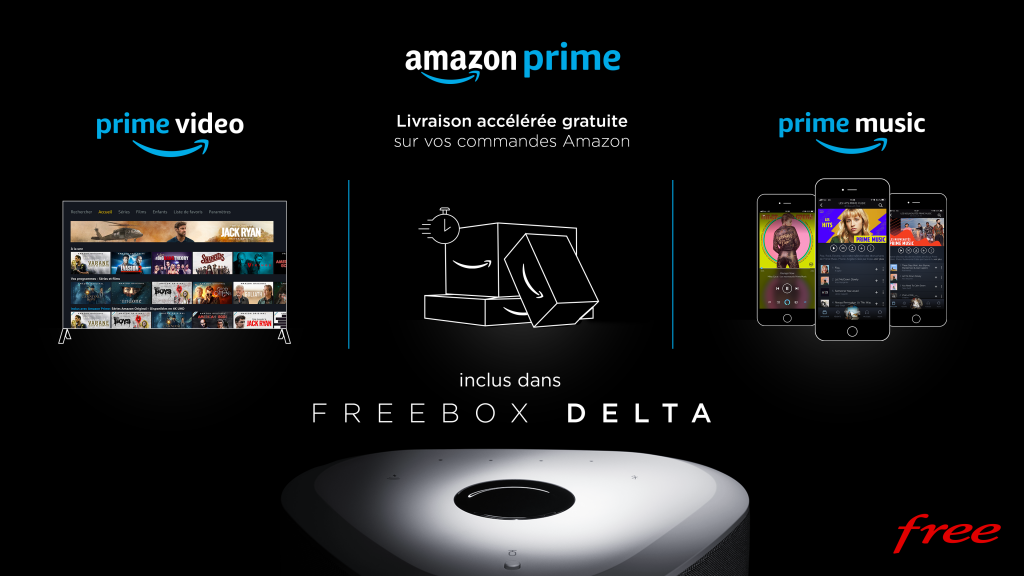 Amazon has signed a distribution agreement with French operator Free.

The deal will see the full Amazon Prime package – which includes Prime Video, Prime Music, Twitch Prime and free delivery from Amazon.fr – included in the Freebox Delta plan at no additional cost to subscribers. Amazon Prime typically costs €5.99 per month, or €49 annually.

As such, Freebox users will be able to watch Amazon’s acclaimed shows including Tom Clancy’s Jack Ryan, American Gods and The Marvelous Mrs. Maisel.

This news follows a similar deal that Amazon struck with Altice to launch on Altice One, though that deal agreement does not bundle the price of Prime into the Altice package.

It also comes hot on the heels of a deal between Netflix and Canal+, which saw the streamer included in the Cine/Series package offered by the operator.

The rapid-fire announcement of deals between big international streamers and French operators comes at a time when momentum is gathering around native streamer Salto, which is being branded as the country’s own Netflix.

Operators such as Altice, Canal+ and Orange have all displayed a willingness to strike deals with Salto, but concerns remain surrounding putting content which has historically been free-to-air behind a paywall.

Despite enthusiasm from many operators, Free had previously signalled an opposition to Salto.

According to a Le Monde report in July, Free sent a letter to the Autorité de la Concurrence outlining its concerns about plans to offer the broadcasters’ live channels on the platform, in addition to video-on-demand.The letter reportedly denounced the plan to distribute the country’s main channels on the digital platform as the creation of a “cartel” that will disadvantage other distributors.