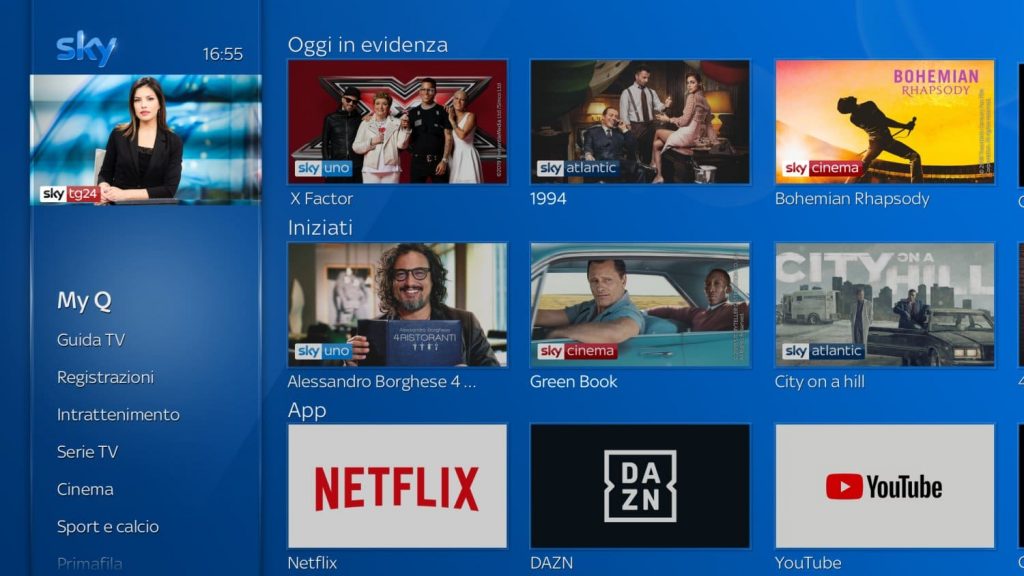 Sky Italia has added Netflix to its Sky Q platform.

At launch, Netflix will be available to Entertainment Plus and Sky Q Platinum subscribers. The former package, which costs €15.39 per month, will now include the Netflix Standard plan which normally costs €11.99 on its own. This plan enables access to Netflix on two screens simultaneously and in HD.

Sky Q Platinum customers will instead have the Netflix Premium plan, which allows viewing on up to four screens simultaneously in 4K. The premium subscription normally costs €15.99 per month.

Francesco Calosso, chief marketing officer, Sky Italia said: “With this partnership we want to offer our subscribers the chance to see the series and shows they love in a simple and immediate way.”

Filippo Zuffada, EMEA partner marketing director at Netflix said: “We are very happy to work with Sky and make it easier for Sky customers and Italian families to access the complete Netflix experience.”

Sky and Netflix first announced a partnership in 2018, with the service first being offered in the UK, followed by Germany.

Upon the deal’s signing, Sky Group CEO Jeremy Darroch commented that “by placing Sky and Netflix content side-by-side, along with programmes from the likes of HBO, Showtime, Fox and Disney, we are making the entertainment experience even easier and simpler for our customers,” and that the announcement would “extend our leadership in delivering customers the best viewing and user experience in Europe”.

The news also comes as Netflix announced the opening of offices in Italy to coincide with a deal with Mediaset to co-produce on seven feature films.

The streamer’s CEO Reed Hastings has promised that Netflix will invest €200 million in Italian content over the course of two years, with the Mediaset deal being “part of this effort.”

He said that the opening of offices in Italy will turn Netflix into a regular taxpayer – a move which is likely being made in light of a recently-launched investigation into Netflix’s alleged tax avoidance in the country.