A US Federal Appeals Court ruling that upheld regulator the FCC’s repeal of net neutrality rules but which an opening for individual states to create their own regulations has been welcomed by commissioners on both sides of the divide.

The court was ruling a case brought by the Mozilla organisation against the FCC’s move to repeal net neutrality legislation introduced by the Obama administration. 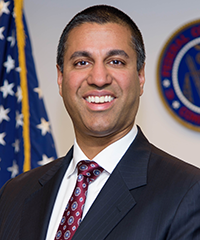 Welcoming the court decision, FCC chairman Ajit Pai said:“Today’s decision is a victory for consumers, broadband deployment, and the free and open Internet.  The court affirmed the FCC’s decision to repeal 1930s utility-style regulation of the Internet imposed by the prior Administration.  The court also upheld our robust transparency rule so that consumers can be fully informed about their online options.  Since we adopted the Restoring Internet Freedom Order, consumers have seen 40% faster speeds and millions more Americans have gained access to the Internet.  A free and open Internet is what we have today and what we’ll continue to have moving forward.  We look forward to addressing on remand the narrow issues that the court identified.”

In a commission sharply divided on partisan lines, Republican appointee Brendan Carr also welcomed the ruling with the claim that the repeal of net neutrality rules had created an environment in which the US had “leapfrogged our global competitors to secure the largest 5G build in the world”.

However, fellow Republican Michael O’Reilly, while welcoming a ruling that he said “voids the hubristic posture of a central-planning, micro-managing government”, was more critical of the rejection of the FCC’s ruling that it could pre-empt state-level moves to implement net neutrality rules, arguing that this “misread precedent” and ignored the reality that the internet “cannot be segmented into intrastate portions”.

“Inevitably, this will lead to Commission case-by-case preemption efforts and more litigation,” he said.

“Today’s court decision vacates the FCC’s unlawful effort to block states and localities from protecting an open internet for their citizens.  From small towns to big cities, from state houses to governors’ executive actions, states and localities have been stepping in because the FCC shirked its duties,” said commissioner Jessica Rosenworcel.

Commissioner Geoffrey Starks said that the decision “confirms that states can continue to step into the void left by this FCC”.