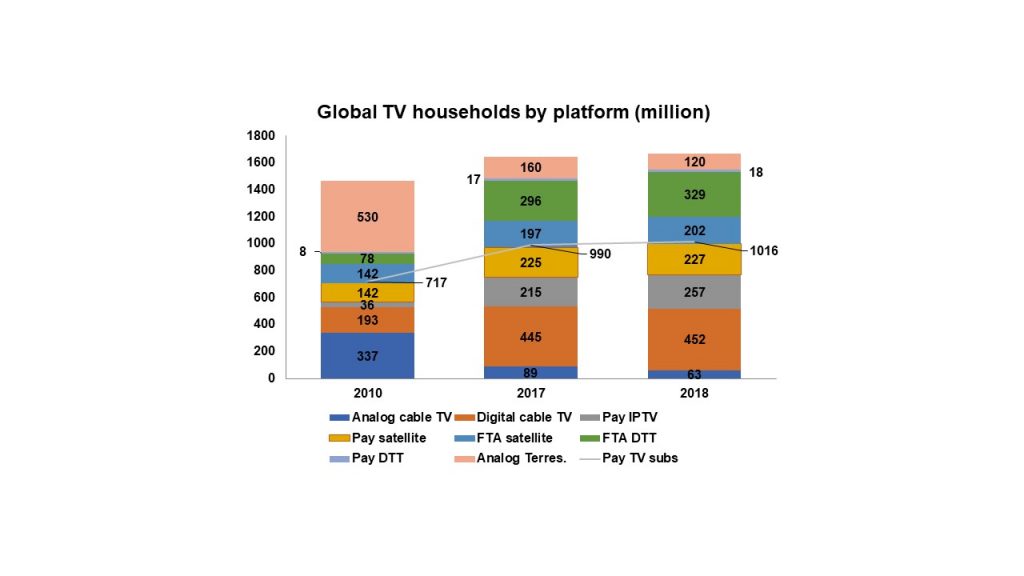 Pay TV subscribers have exceeded 1 billion for the first time.

According to new findings from Digital TV Research, TV subscribers increased by 26 million in 2018 across 138 countries.

Satellite TV and pay DTT grew by 2 million and 1 million subscribers respectively in 2018.

While this is positive, a recent report from Roku claims that streaming viewers could overtake pay TV by 2023. Market data cited by the company suggests that 2 million Americans have abandoned Pay TV in 2019, following 3.5 million cord-cutters in 2018.