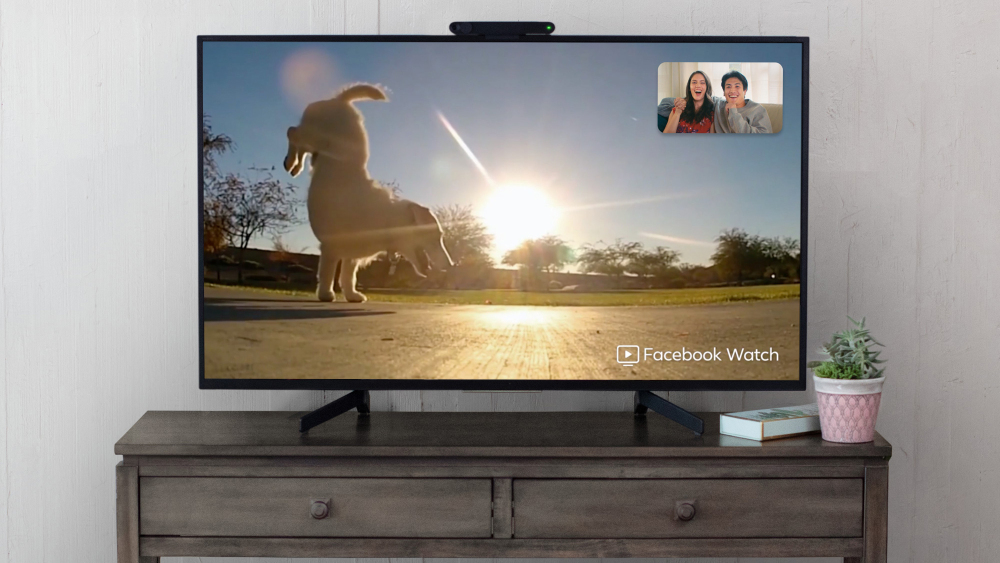 Facebook has made a play for the living room with the introduction of a new Portal TV set-top box.

Portal was launched in 2018 as Facebook’s attempt at launching a product to rival the Amazon Echo Show  and Google Home Hub, with a main focus on video calling. In addition to the STB, Facebook has launched redesigned versions of the 8-inch Portal Mini and 10-inch Portal.

This focus remains with the US$149 (€135) Portal TV which is designed to ‘bring smart video-calling to the largest screen in your home’. The company promises that the AI-powered smart camera will intelligently pan and zoom to stay with the speaker, and that the microphone will enhance the voice of whoever is speaking while minimising unwanted background noise.

In addition to Facebook Messenger, users will be able to make calls through WhatsApp, also owned by Facebook.

It is also worth noting that, by default, the device will keep track of everything the user says to the device and send a short audio recording and transcript to Facebook where employees may review the sample.

While video calling is clearly the focus of the device, the unit also has Alexa built in (though it is triggered with ‘Hey Portal’ rather than the traditional Alexa command) with the ability to access the Amazon Prime Video app along with a range of other video apps like Pluto TV and, of course, Facebook’s own Watch service. Users can also turn Portal into a digital photo frame, access music apps like Spotify and iHeartRadio and use a range of Alexa skills for smart home control.

A camera-enriched TV is hardly a new phenomenon. For example, many of Samsung’s 2012 range of sets had a camera built-in with the ability to make calls using Skype. Many of these TVs were widely criticised for their poor handling of security, with smart home devices largely in their infancy and being easily manipulated by malicious actors.

There have also been significant concerns about privacy, with Wikileaks in 2017 publishing documents that indicated the CIA could remotely access the microphones in most smart TVs.

Facebook will hope that its security measures, such as an integrated camera cover, an activity log to view, hear, and delete any ‘Hey Portal’ voice interactions and the ability to turn off voice storage – which means that voice interactions are not reviewed by Facebook’s dedicated team – will allay such concerns.

Whether this will satisfy users who will be very aware of Facebook’s propensity to abuse user data – actions which resulted in a US$5 billion fine earlier this summer.