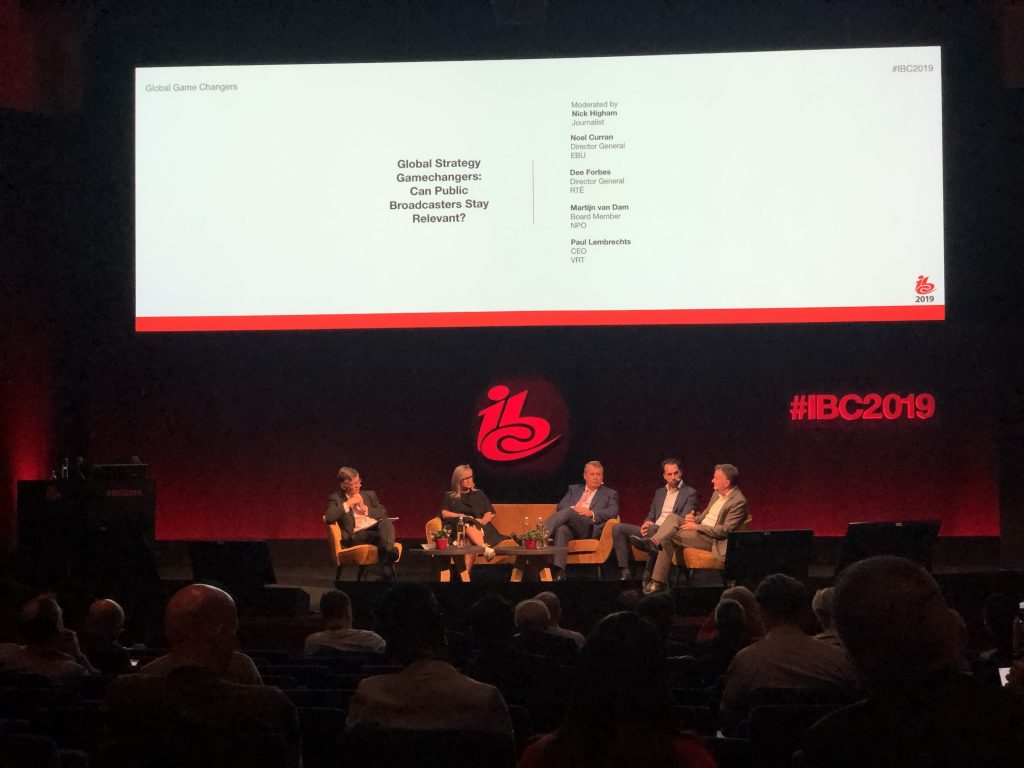 Irish PSB RTÉ is “in a crisis” said director general Dee Forbes who has heavily criticised proposals from the country’s government in regards to funding as “not fit for purpose”.

“Regulation has not caught up with viewing habits,” claimed Forbes at an IBC 2019 panel on the relevance of PSBs in an OTT world.

The director general pointed out that the broadcaster is a dual funded model with 55% of funding coming from a licence fee and 45% from commercial. However, she said that newer ways of viewing, such as watching on mobile, do not require a TV licence, leading to a rapid increase in households that are registering as TV-free.

As such, the director general claimed that the broadcaster has a €50 million deficit due to a decline in licence fee purchases, and that budgets are €100 million down from a decade ago. She added: “we cannot go on the way we are with that funding deficit.”

When asked what she would like to see done, Forbes replied that “We would like a quicker reform of the system; we would like the law to be changed to reflect the viewing habits.”

A withdrawal of government funding was a common issue amongst panelists, with Dutch Foundation for Public Broadcasting (NPO) board member Martjin van Dam saying that proposed 10-15% budget cuts for our organisation “would be disastrous for our mission”.

van Dam said that though NPO is “still doing the same as 20 years ago, but much more with online and on demand”, it “cannot compete with the big tech platforms”.

He added that proposed regulations from the Dutch government are “cutting our opportunities to gain advertisement by ⅓-½”.

Noel Curran director general of the European Broadcasting Union (EBU) was more optimistic about PSBs, saying that “Public service media is not finished.”

He continued: “Public service media is innovating and investing in technologies from 5G to voice automation. “PSBs are pushing forward and restructuring, we are not standing still

This is not just talking about funding.”

Curran also highlighted social media platforms as “the elephant in the room,” and argued that in an era of fake news and misinformation, big tech companies have a duty to help the “trustworthy” PSBs.

He said: “we need to get to a position where we’re given due prevalence on social media and we require not all but better access to their data.”