Altice in war of words with regulator over 5G plan

Altice Portugal is engaged in a dispute with media and telecom regulator ANACOM over the pace and phasing of the country’s transfer of 700MHz. band spectrum from broadcast to support its 5G mobile rollout. 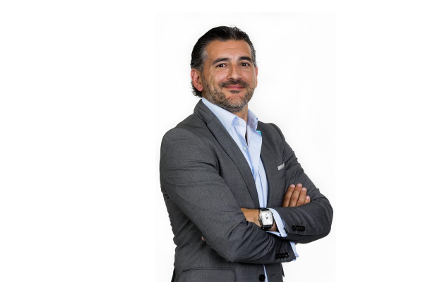 Following a visit by Altice Portugal president Alexandre Fonseca to Madeira, where he was critical of the watchdog’s approach to the transition and said that Portugal was in danger of falling behind other European countries in the rollout of 5G, ANACOM said that, at the time of its consultation on 5G last year, Altice had argued that the allocation of 700MHz spectrum should only take place after 2020, delaying the launch of 5G until 2022.

The regulator said it had rejected this and had set out a timetable in consultation with Altice technical staff. Altice is responsible for the Portuguese digital-terrestrial network that currently uses the 700MHz band.

It claimed that Altice’s only contribution to the discussion of phasing had been to express a wish to begin the process in the southern part of continental Portugal and work its way to the north, rather than the other way round.

It said that the plan to begin with continental Portugal and end with the islands was decided in order to coordinate with Spain and Morocco and that Altice had never advocated a change in this timing to bring the transition in the Azores and Madeira forward.

ANACOM said that the autonomous region would actually benefit from this phasing as it would “benefit from the experience gained from the migration in other regions”.

Altice responded by issuing a statement in which it was critical of the timetable set out by ANACOM and rebutted what it claimed were false and misleading claims made by the regulator.

In particular, the company said that placing the Azores and Madeira last in the process – the autonomous island group is set to move broadcasting from the 700MHz band next June – was damaging. It said there was a strong possibility that the deadline would not be met, hampering the rollout of 5G in this region.

Altice also claimed that ANACOM had published false information about the transition to divert attention from its own mistakes and claimed not to have been consulted on the timing of the transition in the islands.

Altice said it had “repeatedly warned ANACOM” about the timetable it had “unilaterally defined” and said it had warned that the migration process would take nine months to implement.