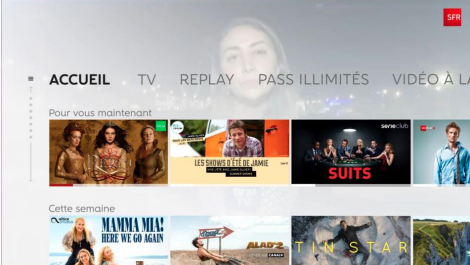 Altice France/SFR has launched its latest box, the SFR Box 8, commercially for €5 a month for all customers.

SFR said its latest offering marked the first time that a French operator had allowed customers to choose their own equipment. Customers with access to the operator’s fibre network will have the option of upgrading to the SFR Box 8, or of continuing with the previous generation of device. The €5 a month fee for the SFR Box 8 does not require any long-term contract commitment.

The new device will be available from today for FTTH and ADSL customers, with FTTB customers able to acquire it from October. The latter month will also see the launch of the SFR Home service and the arrival on the SFR Box 8 of the Alexa voice assistant. The box also includes SFR’s own voice assistant, OK SFR.

Advanced TV functionality supported by the box includes the new SFR TV application, which provides the ability to record content from anywhere as well as playback programming on all screens. The app is available from the Apple APP store and Android store.

The service provider initially presented the SFR Box 8 on July 18, emphasising its key point of differentiation with other devices – the integration of the latest version of WiFi, WiFi 6, which it said was a first for the French market.

Grégory Rabuel, executive director of residential and business services at SFR, said: “The SFR Box 8 experience, available as an option with all our offers, illustrates our commitment to offer the best experience to all our customers.”

SFR’s launch of its latest box comes as rival Free finesses the marketing for its own high-profile premium device, the Freebox Delta. Initially marketed with the message that the device offered “10G” fibre technology, the service provider now says that the box integrates 10G EPON fibre technology, making it clear that customers will require an EPON connection to benefit and that the box is compatible with 10Gbps internet rather than promising 10Gbps internet speeds.