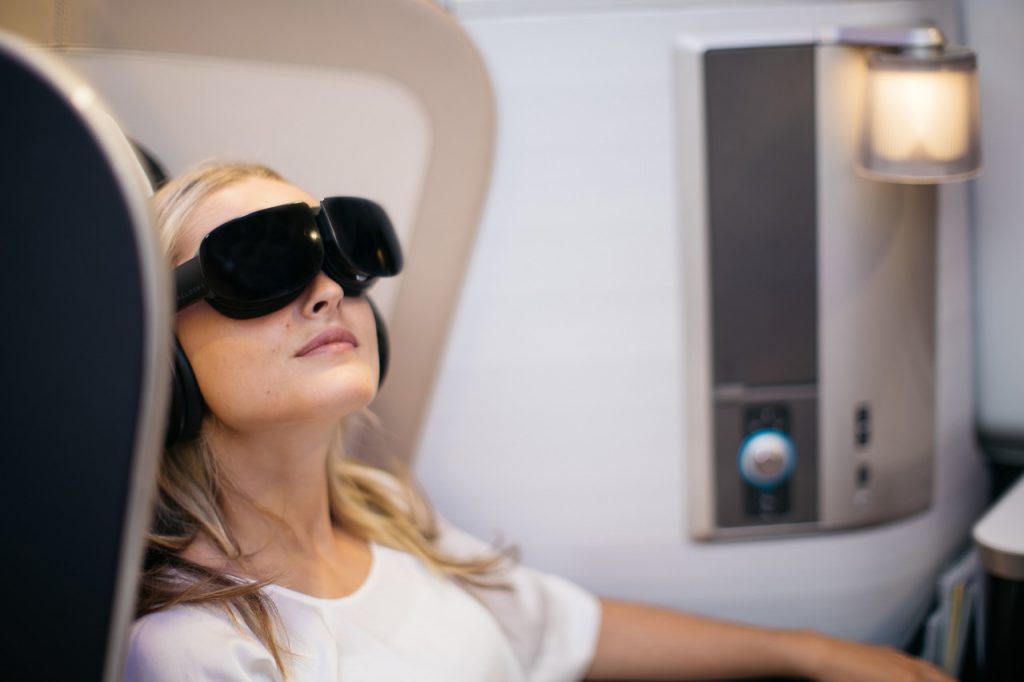 Until the end of the year, the company has paired with VR eyewear specialist SkyLights (an alumni of British Airways’ parent company IAG’s Hangar 51 start-up scheme) to enjoy a range of films, documentaries and travel programmes in 2D, 3D or 360-degree formats. The company says that the headsets will work regardless of the user’s sitting position, including lying fully flat.

Sajida Ismail, head of inflight product at British Airways, said: “We are always looking at the latest technology to enhance our customers’ experience on the ground and in the air. Virtual reality has the power to revolutionise in-flight entertainment and we’re really excited to trial these new glasses as they should create a unique and memorable journey for our First customers”.

In addition to films, shows and documentaries, the content line-up also includes a range of therapeutic VR experiences aimed at making the 7 hour, 55 minute flight a bit more relaxing.