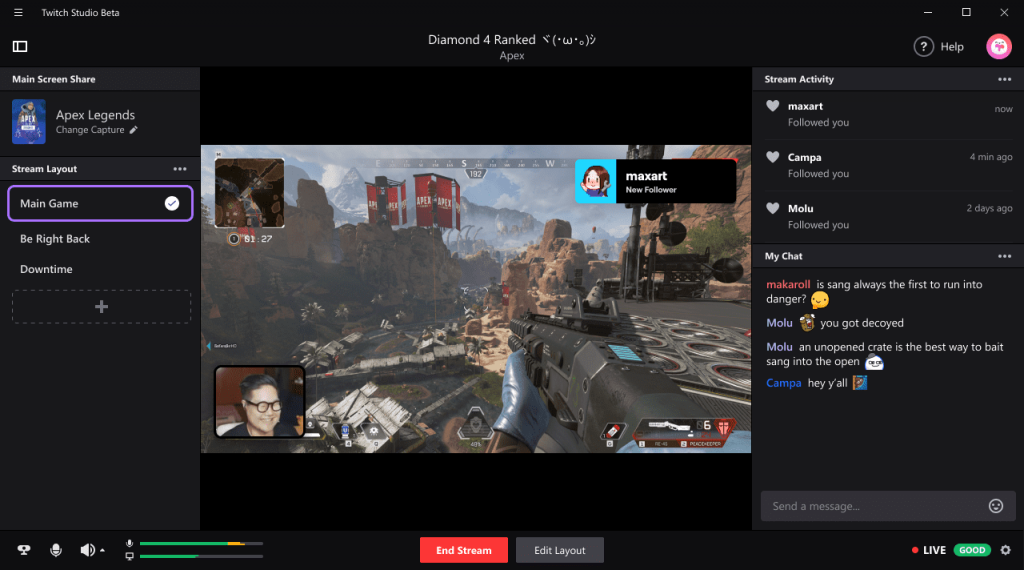 While it is the biggest live streaming platform online, Twitch users have historically relied on third party software such as free and open-source cross-platform Open Broadcaster Software (OBS). Such software, while being versatile, has often been difficult to use and setup for inexperienced streamers.

Twitch says that the launch of Twitch Studio is in an effort to open up streaming and give new streamers an easier experience of getting started.

Cheng Cheng, Twitch’s director of product management for the creator experience said: “We’ve been listening to our users give us feedback, talk about their experience, how they started streaming, how they progress. One really consistent pain point was that multiplayer entertainment is really fun, it’s really engaging, but the bar to really get started is quite high.

“We don’t want to throw an hour of setup at you. We want you to just actually get started and start to enjoy what you’re passionate about.”

With this in mind, Twitch Studio is squarely aimed at new streamers and lacks many of the more advanced features that can be found in other software.

This much is confirmed in a FAQ section on the Twitch Studio site: “Twitch Studio’s current set of features were selected to specifically meet the needs of new streamers: those who have just started streaming or are interested in streaming for the first time.

“We know a lot of people want to stream but fail to start because it can be complicated. Twitch Studio improves the experience for new streamers by making it easier to get started, with guidance on how to setup your first stream.”

The software is currently in closed beta for PC, with Twitch saying it will periodically add new features in the coming months.