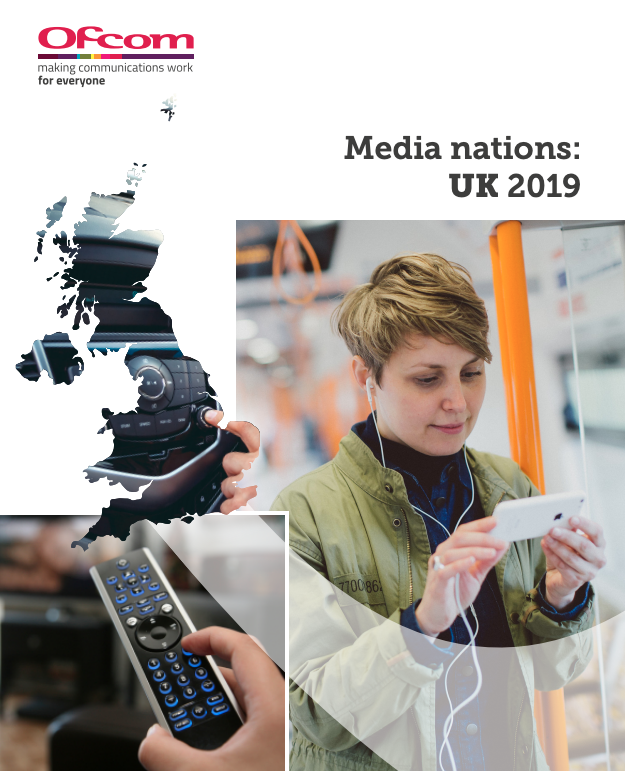 According to the report, the number of UK households signed up to the most popular streaming platforms – Netflix, Amazon Prime Video, Now TV and Disney Life – increased from 11.2 million or 39% of all homes in 2018 to 13.3 million or 47% in 2019.

Traditional TV viewing is falling at an accelerating rate, although it still accounts for 69% of all viewing time, coming in at three hours and 12 minutes on average a day, nine minutes, a drop of 11 minutes on last year’s figure.

Time spent on streaming services rose by seven minutes to 26 minutes on average, while average viewing time on YouTube rose by six minutes to 34 minutes a day. According to Ofcom, younger viewers now spend over an average of 64 minutes a day on the platform.

Some 42% of UK adults now consider online video services to be their main way of watching TV and film, and 38% say the could envisage not watching traditional broadcast television at all in five years’ time.

“The way we watch TV is changing faster than ever before. In the space of seven years, streaming services have grown from nothing to reach nearly half of British homes,” said Yih-Choung Teh, strategy and research group director at Ofcom.

“But traditional broadcasters still have a vital role to play, producing the kind of brilliant UK programmes that overseas tech giants struggle to match. We want to sustain that content for future generations, so we’re leading a nationwide debate on the future of public service broadcasting.”