Telia CEO Johan Dennelind to step down in 2020 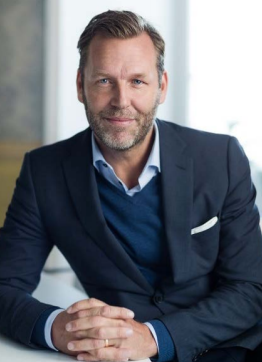 Johan Dennelind, boss of Swedish telco Telia, has announced his planned departure from his role after six years.

As per his contract, Dennelind will serve his 12-month notice period. The company has said that the search for a new CEO will start immediately.

During his time at the helm of Telia, Dennelind repositioned the company away from its complex holdings in Asia to focus on a localised Nordic expansion strategy. The Swedish government is Telia’s largest shareholder.

One of Dennelind’s other focuses was on offering a converged product, adding media and content to the company’s broadband, mobile and cable businesses. As such, the CEO oversaw a kr9.2 billion (€860 million) bid for Bonnier’s TV business – a deal currently facing an EU investigation into whether it would be anti-competitive and reduce choice.

Marie Ehrling, chair of the board of directors at Telia said: “During his six years as CEO, Johan has vigorously worked with the repositioning of Telia Company. The culture and strategy of the company have changed fundamentally and Telia is today a company with strong business focus that truly represents responsible business. Johan’s strong and brave leadership has been crucial for this transformation. The board and I regret that Johan has chosen to leave the company, but at the same time we respect his decision to take a new step in his career.

“I also want to emphasize the very strong cooperation we have enjoyed during Johan’s tenure as president and CEO. We have had several difficult and tough situations to address and the fact that Johan has always acted with strength and wisdom has been of great importance for the development of Telia. Johan has assured the board that he will continue in his present role with full force as long as it is needed during his notice period. This secures continuity and focus on several important projects and processes in the company.”

Dennelind said: “It is a true privilege to serve as president and CEO of Telia Company, one of Sweden’s oldest and largest companies. During the last years I have, together with the board and my team, implemented a transformation and re-alignment of Telia into a company that is well-positioned and well-equipped for the future.

“Telia Company is now entering a new phase with several opportunities for value-creation and with strong commitment from all our more than 20,000 employees. And it is after careful consideration that I now have decided to leave Telia and take on new challenges. I will continue in my role to drive our current agenda forward with full focus and commitment for as long as the board wants.”