Vodafone TV numbers down in Germany and Spain 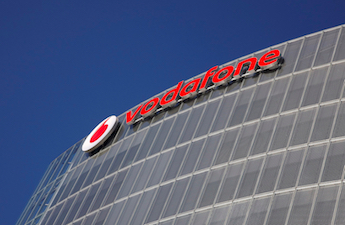 Vodafone lost TV customers in both of its principal European pay TV markets, Germany and Spain, in the quarter to June. However, the company’s quarterly performance was generally well-received, and its share price was boosted by a plan to spin off its towers business with a potential IPO.

In Spain, Vodafone lost 24,000 TV customers, along with 49,000 broadband and 158,000 post-paid mobile customers, in what it described as a market driven by aggressive competitor promotions.

In Germany, Vodafone lost 38,000 TV customers, which the company said was primarily due to the loss of lower ARPU basic access customers. It said its premium TV base grew. Cable access customers grew by 35,000, while broadband numbers were up by 24,000.

Vodafone CEO Nick Read said that Vodafone’s acquisition of Liberty Global assets in Germany and central Europe, now approved by the EC, would lead to the company becoming “Europe’s leading converged operator, with growing fixed and converged services contributing around half of our European service revenues”.

He said that Vodafone had “developed a detailed plan to deliver the customer benefits and capture the substantial synergies from the deal, which we will start to execute immediately”.

Vodafone announced a plan to separate its European towers business into a new TowerCo unit, with the spin-off potentially leading to an IPO or a partial sale of  minority or majority stakes at individual country level.

Vodafone’s overall revenues for the quarter to June were €10.7 billion, down €0.2 billion due to currency movements.