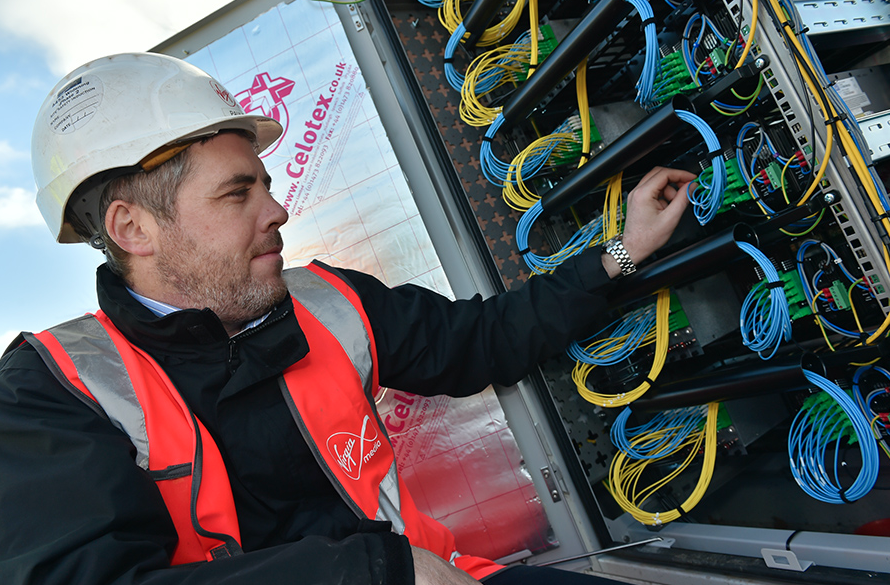 Virgin Media has unveiled plans to roll out Gigabit internet speeds to close to 15 million homes across the UK over the next two years as part of what it describes as its ‘Gigabit Britain’ plan.

The Liberty Global-owned operator said that it would introduce service in cities across its national network later in the year, starting with Southampton, where the first customers trialling these speeds have already been connected.

The company said that over a million people will be able to access broadband speeds of 1Gbps by the end of 2019, allowing them to take advantage of emerging consumer technologies such as cloud gaming and virtual reality entertainment as well as 8K video streaming across the home.

The announcement follows the company’s investment in DOCSIS 3.1 cable broadband technology, currently being deployed across its HFC network. The company said that Gigabit broadband speeds will be available on the HFC network later in the year, with the capability to roll out multi-gigabit connections and further improvements over the next decade.Selected Virgin Media customers are already trialling the new 1Gbps connection ahead of services going live later in the year.

In FebruaryVirgin Media began trialling FTTH offering speeds of more than 8Gbps to homes in Cambridgeshire. The trial made use of EPON (Ethernet Passive Optical Network) technology.

Lutz Schüler, CEO of Virgin Media, said: “This is a giant digital leap forward for the UK. Virgin Media has been the unparalleled speed leader for many years. Very soon, for the first time ever, millions of people right across the country will be able to experience hyperfast and reliable gigabit internet connections thanks to the latest technology and the power of our network. This upgrade plan will see gigabit speeds rolled out at an unrivalled pace right across the country, bringing our customers the future-proof connections of tomorrow.”

Sharon White, Ofcom’s outgoing CEO, welcomed the announcement. She said: “We welcome Virgin Media’s commitment to investing further in its network, providing gigabit speeds to millions more households. This shows the race to roll out ultrafast speeds to people and businesses across the UK is really gathering pace.”

Responding to Virgin Media’s announcement, Clive Selley, CEO of BT Openreach, the UK telco’s access network arm, said: “It’s great to see others working to upgrade their existing networks, but only full fibre to the premises technology can deliver the future-proof connectivity the UK needs. We’re making full fibre broadband available to 20,000 homes and businesses each week and we’re hugely ambitious about helping the Government upgrade the entire nation.”

He said: This is a sensible move as telcos margins are being squeezed. Therefore, they need to be much smarter with their network investments. Arguably, this move should have come sooner but will bring about plentiful benefits to Virgin Media customers for potentially a few quid more. As well as faster data speeds, more reliable connections and capacity in the network are as important without the need to dig up roads.”