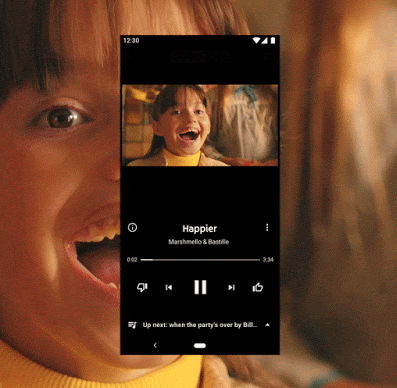 YouTube has launched a new feature that enables users to switch seamlessly between listening to music and watching videos on its YouTube Music Premium and YouTube Premium services and has expanded the services to new European markets.

Users listening to music on the premium service will be able to tap a button at the top of the screen that introduced the related music video for the track while keeping the music streaming without interruption, according to the online video platform.

YouTube Music will now surface a video button for any song associated with a video after the premium service time-matched over five million official music videos with their respective audio tracks.

Users who switch from video to audio only will not need to listen to long introductions associated with the video, while users who do not wish to view videos can adjust their settings to switch off the new functionality.

YouTube has yet to reveal subscriber international uptake numbers for its premium services. YouTube Premium, which provides advertising-free streaming of videos as well as access to audio-only versions on the YouTube Music app and online and offline playback on mobile devices, replaced YouTube Red last year, accompanied by the launch of a separate YouTube Music subscription service that is focused only on music.