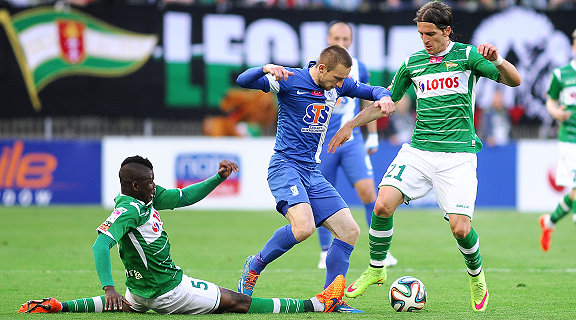 Polish pay TV operator Cyfrowy Polsat has added new Canal+-branded sports channels from rival service provider nc+ to its offering following the latter’s launch of the channels, which carry top-tier Polish football on a model that opened up distribution to other operators.

Cyfrowy Polsat launched the new channels – Canal+ Sport 3 and Canal+ Sport 4 – on its platform yesterday. The channels will air the next two seasons of the PKO Ekstraklasa league in HD and. Without advertising. Cyfrowy Polsat is making the channels available via satellite and IPTV from PLN10 a month, depending on the package taken, and they will also be available as part of the Cyfrowy Polsat Go multiscreen service.

The launch follows nc+’s launch of the channels with distribution available to third party players.

Nc+ is making the channels, which will air all 296 matches from the PKO Ekstraklasa, available via its multiscreen and OTT TV services as well as via pay TV.

Nc+ subscribers with TV packages including eight Canal+ channels will receive the new channels at no extra charge.

The launch follows a new contract between nc+ and the PKO Ekstraklasa league in December, extending rights to the next two seasons.

RT @MediaDistillery: 🏆 BOOM! We are extremely thrilled to announce that Media Distillery has been nominated in two categories to win the #V…
19 October 2021 @ 13:54:44 UTC