Cord-stacking is on the rise internationally, and pay TV is continuing to decline according to data from Ampere Analysis. 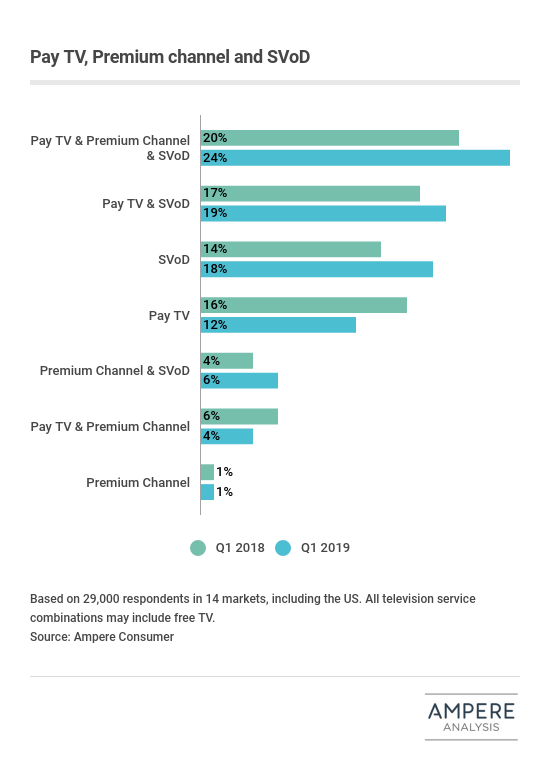 According to the analyst group’s latest Barometer of consumer behaviour in multiple countries, among those taking any subscription television service, a combination of pay TV, Premium channel and SVOD is the most common, followed by Pay TV and SVOD and SVOD-only. 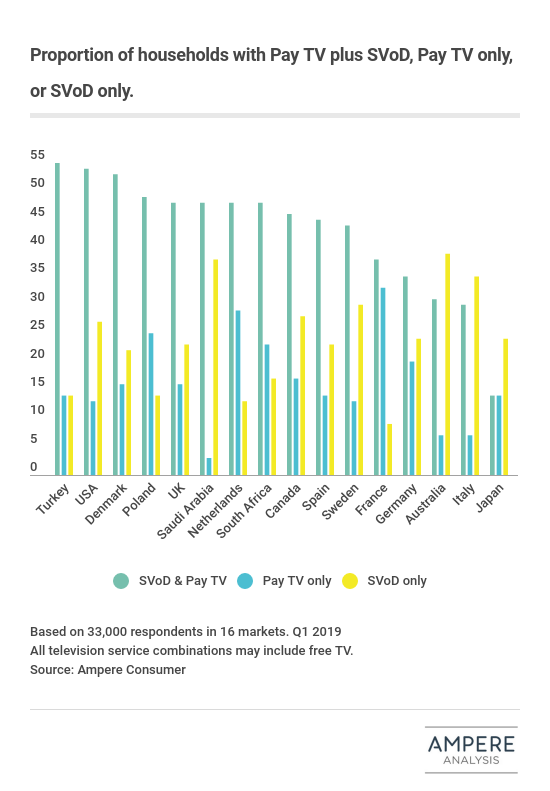 In most of the 16 countries surveyed, SVoD and Pay TV is the most common service combination among internet users, although the proportions vary from 55% in Turkey to 14% in Japan.

SVOD-only consumers are more prevalent in Australia Italy and Japan. In all three countries, taking SVOD but no pay TV is now more common than combining the two.

Minal Modha, Consumer Research Lead at Ampere Analysis said: “While there are markets such as Australia, Italy and Japan where SVoD-only is becoming the norm, this data reinforces Pay TV’s position in the market, and its continued importance to consumers in the viewing mix.”