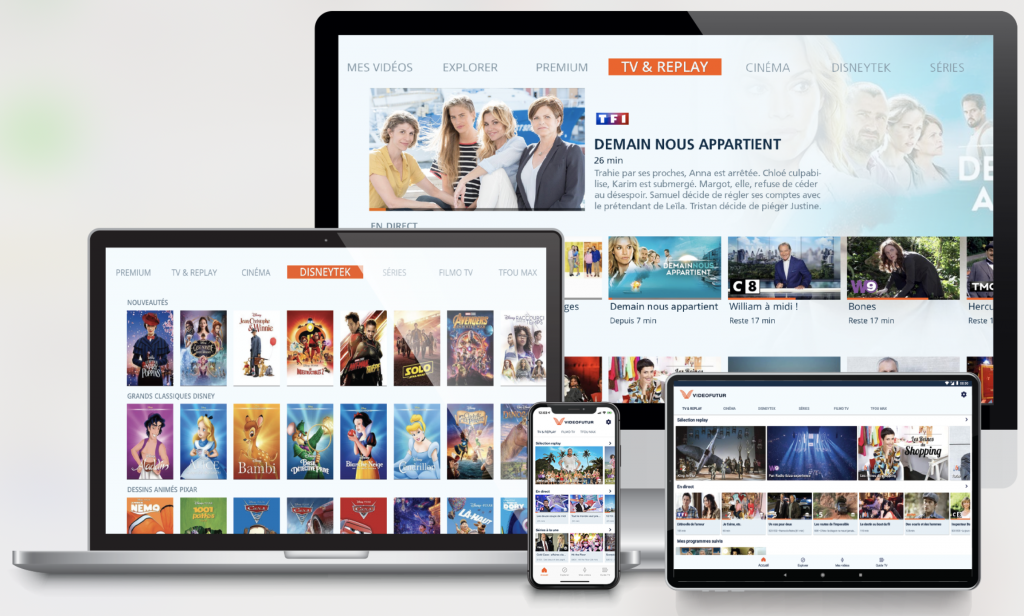 Netgem-owned French service provider Videofutur, which operators on the Réseaux d’Initiatives Publics (RIP) fibre networks set up to provide broadband in underserved areas of the country, has relaunched its proposition with a box-less offering, multiscreen TV and a network DVR service with all major French channels.

Videofutur has launched VIC, a new box-less TV offering priced at €32.90 a month – with a promotional offering of €19.90 for the first six months – that combines high-speed internet with up to 1Gbps downstream speeds, live TV, catch-up TV SVOD and NDVR on tablet, smartphone and computer via a new myVideofutur app.

Victoria is available for a standard price of €39.90, with a promotional offering of €29.90 for the first six months.

Network DVR, now available for all major French channels, enables users to store recordings for up to three months in the cloud.

Netgem has been able to add non-linear services from M6 Group’s channels after striking a new agreement with the broadcaster, adding to the agreement struck with TF1 Group at the start of the year.

The group has also launched a new user interface for its new 4K HDR TV box as part of its offering.

Netgem said it was interested in taking similar propositions to other markets, including the UK.

“It is exciting to finally see the main broadcasters in a large Western Europe country completely embracing the Full potential of IP TV, with nPVR and live TV across all screens, and we are now ready to roll out more advanced in-and-out-of-home TV proposition in other markets,” said Sylvain Thevenot, managing director of Netgem.tv.