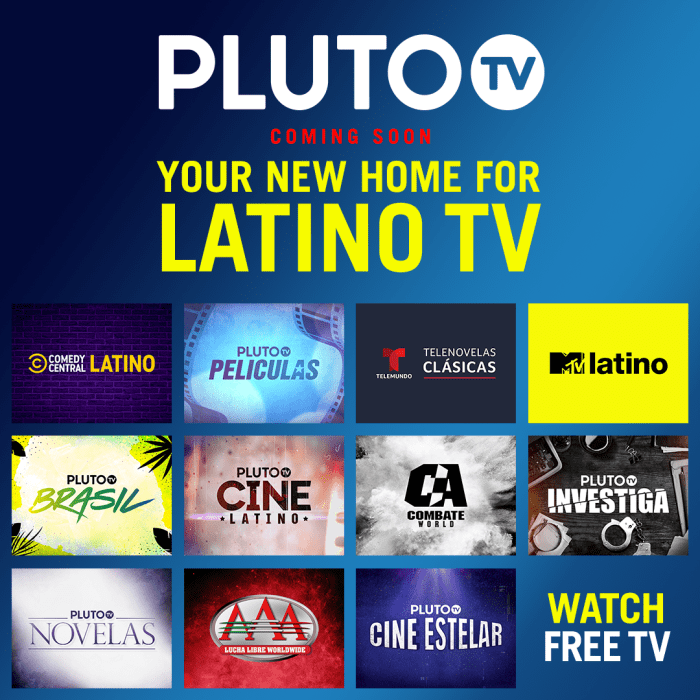 Viacom-owned Pluto TV has launched Pluto TV Latino in what the company says is the biggest collection of Hispanic programming ever offered for free.

The free-to-view AVOD is made up of 11 linear channels and over 2,000 hours of programming in Spanish and Portugese, and is designed to cater to the “underserved” hispanic market.

The service will launch this week in the US.

The service is made up of dedicated channels for MTV Latino and Comedy Central Latino along with movies from Paramount. In addition, there will also be licensed material from Telemundo, Combate World and Lucha Libre.

Programming comprises of both native in-language and dubbed versions of films and TV shows.

Viacom has openly spoken about its ambitions to widen Pluto TV’s reach since acquiring it for US$340 million earlier in 2019, and entering into the Latino market is a clear attempt to target South and Central America, along with native Spanish speakers in the US.

“We have always envisioned Pluto TV as a destination with global appeal, where diverse audiences can find and stream the entertainment they love, for free,” said Tom Ryan, CEO and co-founder, Pluto TV. “Pluto TV Latino was designed to bring premium streaming programming to an underserved OTT audience with cross-generational appeal. To be the first ad-supported streaming platform to offer an entire category dedicated to US Hispanic audiences is something we are incredibly proud of and furthers our mission to entertain the planet.”