Parrot Analytics: nothing Strange about Netflix dominance in France 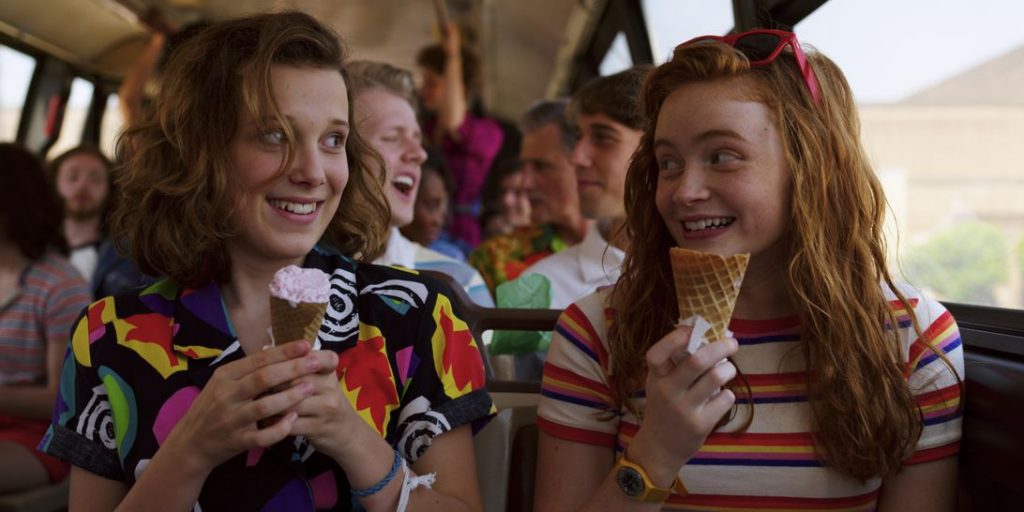 Ahead of the much anticipated launch of Stranger Things’ third season, the retro sci-fi series has topped Parrot Analytics’ originals in-demand chart in France for the week ending June 30 with 10,530,645 average demand expressions. 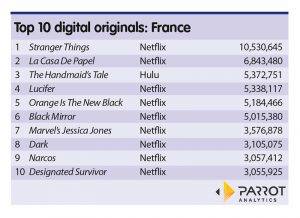 Netflix series take up all but one spot in the top ten, with Hulu original The Handmaid’s Tale in third (5,372,751 average demand expressions).

Spanish language La Casa De Papel (Money Heist) is second in the chart (6,843,480 average demand expressions), with other highlights including Lucifer in fourth and Black Mirror in sixth.

Rounding out the chart is Designated Survivor with 3,055,925 average demand expressions.