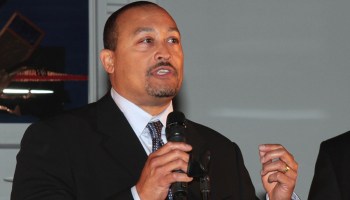 The complaint, filed on June 12, says that the company’s actions warrant a federal investigation into “Nexstar’s continued qualifications to be a licensee of television stations in the US.”

Nexstar is the second largest television station owner in the US, and owns 171 television stations across the country. The majority of these channels are affiliates of the four “major” US television networks located in small to medium-sized markets

“Ever since the FCC approved our purchase of three Nexstar stations, Nexstar officials have engaged in a calculated conspiracy to mislead federal officials, cripple our ability to operate independently and thwart the FCC’s mission of minority ownership in television broadcasting,” MBG president and CEO Pluria Marshall, Jr. said in a statement.

“We allege this reckless disregard for the FCC’s rules of engagement has, essentially, defrauded federal regulators and consistently hampered our ability to thrive in the markets we adopted as part of the FCC agreement.”

In 2014 and 2015 Nexstar orchestrated the sale of three TV stations (KPEJ-TV, KMSS-TV, KLJB-TV) to MBG. Nexstar was forced to spin off the stations due to a separate larger acquisition which put Nexstar over the FCC’s ownership caps. Nexstar chose MBG as a buyer, believing that the FCC would look favorably upon MBG’s status as a minority-owned business (Marshall is African American).

MBG claims that while the FCC was led to believe that the sale would further the Commission’s objective of increasing ethnic diversity in broadcast ownership, Nexstar was undermining MBG’s operations to decrease its worth.

“Nexstar made promises to the FCC and the public, under the guise of diversity to get the deal approved,” said Marshall. “Yet, they have continued to undermine our business and undercut our authority, with little regard for the commitments they made to us, the FCC and Congress.”

In particular, the lawsuit claims that Nexstar has hampered MBG’s ability to operate its stations independently by interfering in MBG’s sales and operations, overcharging MBG for the same stations and assets by more than an additional $16 million, and trying to cause MBG to default on its bank line of credit by withdrawing its guaranty despite Nexstar’s commitment to the FCC to guarantee MBG’s debt for 5 years.