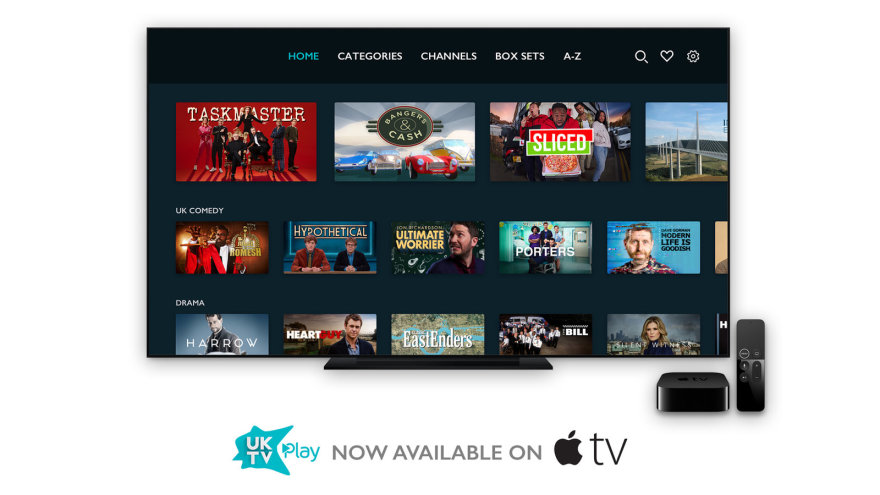 UKTV has launched its on demand app on Apple TV. This will be available for Apple TV boxes, and any device where the Apple TV app is available, including Samsung smart TVs.

UKTV Play’s offering is made up of programming broadcast on its range of channels. This programming is a mixture of original shows such as celebrity game show Taskmaster, and classic British shows such as old episodes of Eastenders.

UKTV Play’s general manager, Tom Davidson said: “Customers have been asking us to bring UKTV Play to Apple TV so I’m thrilled that they can now enjoy the seamless and brilliant viewing experience that the platform delivers.

“With thousands of hours of TV, exclusive previews and box-sets on offer, there’s truly something for everyone on UKTV Play, and by bringing it to the popular Apple TV platform, our extensive supply of entertaining TV is now even more accessible.  “

The news comes a day after Ofcom greenlit a deal between Discovery and BBC Studios to divide up UKTV’s portfolio. UKTV Play will be a part of BBC Studios, along with broadcast channels W, Alibi, Dave, Drama, Eden, Gold and Yesterday.

There has been no news on whether this acquisition will have ramifications for BBC iPlayer or the upcoming BritBox SVOD service, however this is likely to be an area of ongoing development.