Ampere: 22% of US households to subscribe to new Disney+ streaming service

A little under a quarter of US households are likely to sign up to Disney+, new research has revealed.

According to  consumer research carried out by Qriously for Ampere Analysis, 27% of respondents are already aware of the fledgling SVOD platform, despite minimal promotional activity, with 22% of all respondents indicating that they are likely or highly likely to subscribe to Disney+.

Awareness of the service skews younger, with 45% of 18 to 24-year olds and 36% of households with children knowing that Disney is launching a streaming service later this year.

20% of respondents are currently ‘on the fence’ in regards to subscribing, which the research identifies as representing ‘a medium-term conversion opportunity for Disney’. 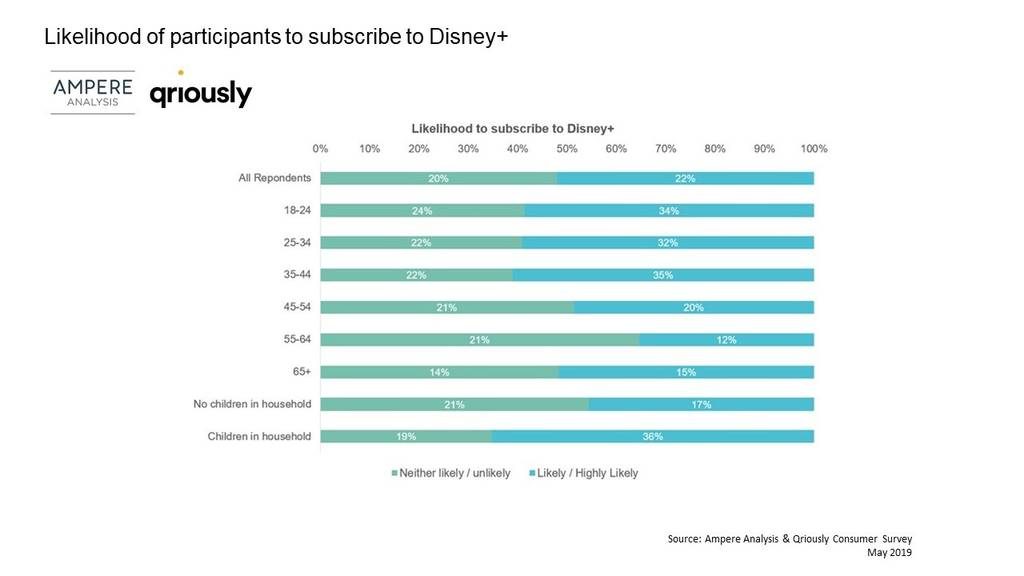 Minal Modha, consumer research lead at Ampere Analysis said: “There’s no question of a strong appetite for the Disney+ service – particularly amongst two distinct target audiences: households with children and 18 to 24-year olds. Away from this core group, there’s also a clear opportunity to broaden the content offering and attract a new audience by leveraging the Fox movie catalogue with titles such as Bohemian Rhapsody and The Post to reach an older audience.”

The research also found that Marvel is Disney’s most valuable content, followed by its animated film library. Programmes available via broadcast or basic cable channels, such as The Simpsons and National Geographic were considered less crucial.

People over the age of 35 highly value the Star Wars license, while it underperforms with those younger.

The purpose of the study was to understand awareness of Disney+, the strength and affinity towards the Disney brand and evaluate appetite for the Disney+ offering in the current SVoD environment. 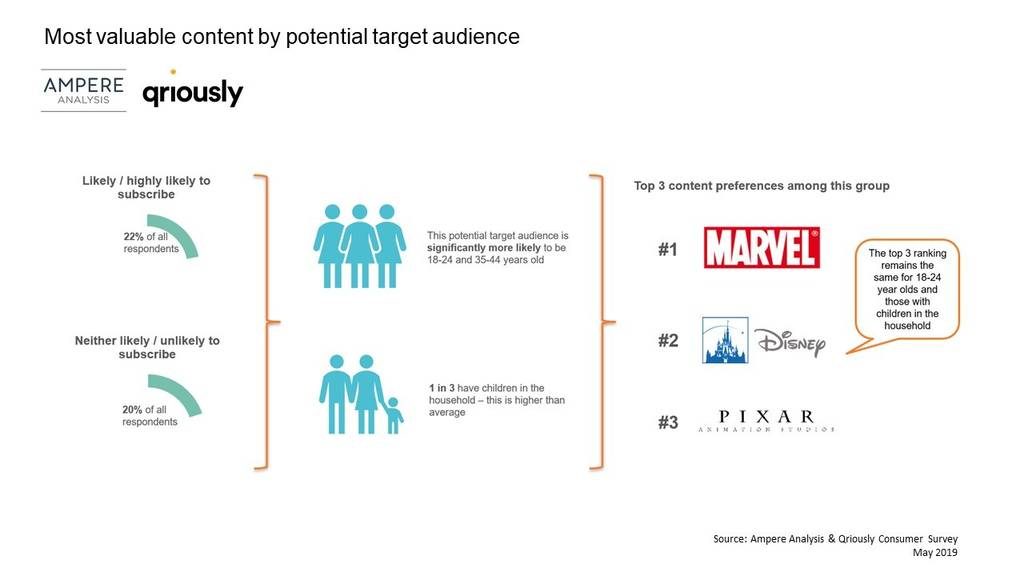