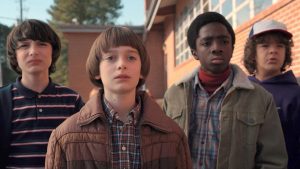 UK revenue for streaming giants Netflix and Amazon Prime is double that of the nation’s five biggest broadcasters.

Ofcom has also published its inaugural Online Nation report, which suggests that the nation’s internet activity is increasingly moving towards video. According to the report, video accounted for the majority of UK internet traffic, at 70% of data transferred, including activities such as streaming TV and video, as well as making video calls and online gaming.

YouTube is the largest video site, with 92% of UK internet users accessing it once a month for 27 minutes per day on average. This is mostly to watch music (62% of video service users) and ‘how- to’ videos (57%). YouTube is also increasingly used as a search tool, with 40% of UK adults searching directly via the YouTube website or app in 2019.