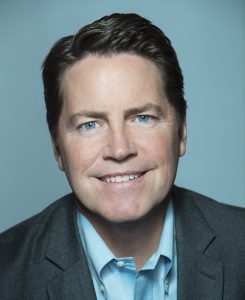 The majority of Hulu subscribers are on an ad-supported plan, senior VP and head of advertising sales Peter Naylor has revealed.

Speaking at VideoNuze’s Video Advertising Summit in New York, Naylor provided a deeper dive into the company’s subscriber base.

Hulu had previously announced that it had hit 28 million customer accounts, but hadn’t broken them down by plan type.

“We have to restrain ourselves. You can’t just jam ads because you need to make a number,” Naylor said. “We want to have an experience for viewers that is consistent.”

He also said that the majority of consumers will accept adverts to a degree, but that Hulu is careful to cap its ad breaks at 90 seconds.

However, Naylor acknowledged that a 90-second break is “still intrusive” and that the company is looking at other models. This includes an ad product targeting binge-watchers – which make up 50% of Hulu users – with relevant messages.

Naylor also said that there is he predicts that Netflix or Amazon Prime could introduce ad-supported tiers.