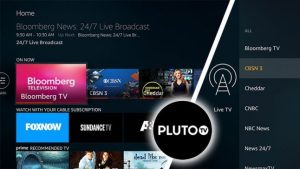 Pluto TV has strengthened its European offering by making its app available on Amazon Fire TV devices and Amazon Fire Tablets in the UK, Germany and Austria. The app is available from today.

Pluto TV, which was acquired by Viacom earlier this year, was previously only available on Roku and Now TV devices.

The company also announced the launch of new programming in Germany and Austria. These channels include new branded channels MTV Pluto TV, MTV Dating and MTV The Shores, as well as popular Nickelodeon content. This marks the first time that Viacom channels debut on Pluto TV outside of the US.

Pluto TV offers more than 50 channels in the UK and more than 20 in Germany and Austria, featuring interest- led channels such as drama, independent and blockbuster movies, true crime, documentaries and much more.

Olivier Jollet, managing director of Europe at Pluto TV said: “The launch of Pluto TV on Amazon streaming and mobile devices in Europe takes us one step closer to fulfilling our mission to entertain the planet. Our line-up of diverse, thematic channels and premium programming are a perfect match with Amazon’s vast and engaged customer base, especially now that in Germany and Austria we added Viacom content to our pipeline

“Amazon’s advanced streaming technology and user-friendly interface makes it easy for audiences to discover Pluto TV and experience the ultimate TV-like lean back viewing experience on a leading OTT device. For brands, the benefit of advertising on Pluto TV is that it’s a high-quality, brand-safe environment.”