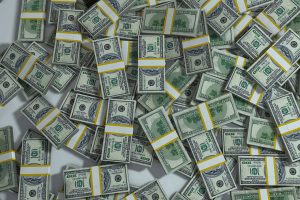 Internet ad formats will account for over half of global media spend by 2020.

According to a new report from WARC, the internet is already the largest ad medium in eight markets, including the US, UK and China, and this is forecast to spread to most of the world going forward.

The report found that internet ad formats are set to account for 47.7% – or US$298.1 (€266.08) billion – of all media spend worldwide (across 96 markets) in 2019, and will account for over half for the first time next year, if the current trajectory maintains.

Across WARC’s 12 key markets – Australia, Brazil, Canada, China, France, Germany, India, Italy, Japan, Russia, the UK and the US – internet is expected to account for over half of media spend for the first time this year, drawing 52.7% of combined media spend within these markets.

James McDonald, managing editor, WARC Data, and author of the research, comments: “When the Dotcom bubble burst at the turn of the century, internet advertising accounted for three cents in every ad dollar; two decades later, it will take the lion’s share. While the first wave of internet growth was driven by banner ads and search keywords on desktop computers, the second phase has been propelled by social media advertising delivered on mobile devices.

“Underpinning recent growth is the proliferation of programmatic ad trades based on consumers’ data, harvested during day-to-day browsing, shopping, streaming and socialising. Such data will be core to future ad growth, too, as people spend more time with a broadening range of internet-connected devices.”

The report also points out that online video’s contribution to online display ad growth has consistently been over a third since 2015. As such, video content is expected to draw one in three dollars spent on online display advertising across WARC’s key markets this year, up from a share of 17.0% in 2014.