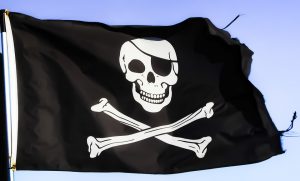 A group of pirates who illegally streamed EPL football and other sports events have been tackled by Czech police.

The exclusive broadcast rights to these events are held by Digi CZ, and the company confirmed on Tuesday that the group had been taken care of.

This is the second time this year that Digi has made such an announcement, following the takedown of a first group of pirates in February.

The company says that two pirates have agreed to settle a damages agreement out of court.

As such, the first offender has had their prosecution suspended, with a set one-year trial period. The second paid damages before the trial began, and the case is expected to be postponed by the Czech police.

Andrej Čírtek, spokesman of Digi CZ, said: “Any abuse of copyrights to our exclusive sports programmes is uncompromisingly solved in cooperation with the Police of the Czech Republic”.

Offenders who broadcast pirate streams in the Czech Republic face up to two years in prison, or up to five years if they are found to have earned money through their actions.