Kantar: ‘second place up for grabs’ in SVOD market 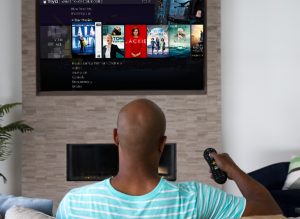 Netflix represents the biggest forces in the SVOD market, but second place and “establishing a solid base from which to challenge” the streaming giants is up for grabs.

This is according to a new report from Kantar that found that In the majority of countries, the top online streaming service provider has a penetration of “at least a quarter of connected consumers”. This is the case for all but three of the 22 countries evaluated in the new TGI Global Quick View study.

The report also found that only three markets have a penetration of a quarter or more for the second placed provider. This, it claims, indicates “the dominance at the top of the market amongst the biggest players”.

The survey looked at viewing habits in 22 nations, including, Australia, France, UK, Spain and USA.

Assessing the SVOD behaviours, the report found that 44% of ‘connected viewers’ have at least two paid video streaming subscriptions. However, this falls to 18% for a minimum of three such subscriptions and to 7% for four or more.

Kantar claims that this suggests “a challenging environment for a new video streaming provider expecting to be picked up as an extra subscription”.

The report concludes that while Netflix is often the top of the pile, variations of availability from market to market means that there is “both an opportunity and a challenge for marketers in this space” to claim the second spot.