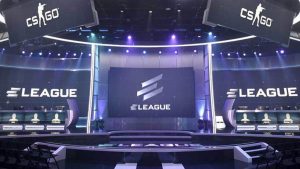 The announcement comes a little under a year after the company was acquired by AT&T in a deal valued at US$85 billion (€75.8 billion).

The initiative itself is a Mortal Kombat 11 tournament series, culminating in a grand final in Austin, Texas on July 6. The event – dubbed ELEAGUE x MK 11 Arena at RTX Austin presented by AT&T – will be broadcast on Twitch, with highlights aired later in the summer on TBS.

In a statement, the company said that it “represents a first-of-its-kind deployment of WarnerMedia’s combined assets, platforms, brands and products across the videogaming and esports spaces.”

ELeague is an esports league launched in 2016 as a partnership between Turner Broadcasting and talent agency WME/IMG.

The tournament will be made up of a series of six open online tournaments, but from a broadcast perspective the only content will be the aforementioned one-hour packaged highlights show on TBS. Unlike previous ELeague events, no live matches will be broadcast.

Given the lower-key nature of this event, it represents a modest introduction for WarnerMedia into the esports space, but it should be indicative that esports has the potential to become an important asset for the new-look AT&T/WarnerMedia.