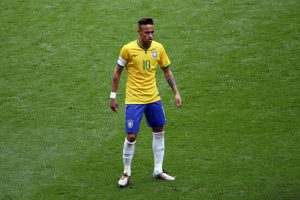 This adds to the company’s pre-existing deal to broadcast the competition across France, the Middle East and North Africa.

The announcement is the latest high-profile deal between the broadcaster and the South American football authority. In January, CONMEBOL named beIN as its multi-year media rights partner for the CONMEBOL  Libertadores, CONMEBOL Sudamericana and CONMEBOL Recopa Sudamericana football tournaments across the USA, Canada, Australia, New Zealand and 24 territories in the Middle East and North Africa.

Mike Kerr, managing director of beIN Asia Pacific, said: “We are delighted to have secured the rights to this year’s CONMEBOL Copa América football tournament in Australia and New Zealand – which beIN SPORTS will also exclusively broadcast in France, the Middle East and North Africa – as we continue to bring the best of South American football to our customers all around the world.

“CONMEBOL Copa América is one of the most vibrant and colourful tournaments in world football. Subscribers in Australia and New Zealand will now be able to watch South American national teams, including Brazil and Argentina, on the international stage, which will inspire and entertain football fans across Australasia.

Jose Astigarraga, Secretary General of CONMEBOL, added: “We are pleased to continue adding new countries and continents to share the best of our South American football around the world and ensure that every football lover can live the passion of our tournaments.”