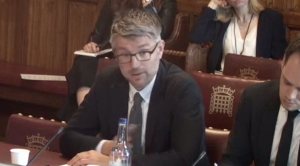 The significance of SVODs has been “exaggerated” by the UK press and government, claimed Adam Minns, executive director of the Commercial Broadcasting Association (CoBA), to Lords at a parliamentary evidence session.

On May 14 the House of Lords Communications Committee continued its ongoing inquiry into the role of public service broadcasters (PSB) in the age of on demand video.

Speaking alongside Ali Law, the UK and Ireland head of policy for Sky, Minns pointed out that SVODs like Netflix and Amazon Prime Video spent a combined £150 million (€174 million) in 2018.

This contributes to a total of a total £2.1 billion (€2.4 billion) spent on original content, with SVODs making up just 7%.

Minns argued that UK TV production is in a period of boom, and that he had “not seen anything like it since Cool Britannia”.

However, several Lords took umbrage with what they perceived to be a ‘bullish’ assertion that PSBs had been unaffected by the current climate.

Lord Allen of Kensington claimed the evidence the committee had received points to a “series of headwinds” for PSBs, such as a “6% decline in audience in 2018 alone”, “significant increase in production costs, and particularly in getting to young people”, and “dramatic increases” in online advertising. All of this evidence, Allen claimed, is in conflict with the “rosy picture” painted by Minns and Law.

Both Minns and Law were, as expected, opposed to any suggestion of regulation, but Minns did concede that the shift away from PSBs is a “slow burn”.

From the perspective of Sky, Law said that “UK content is in a good position” and that linear and near-live viewing make up “almost 80%” of the platform’s viewership.