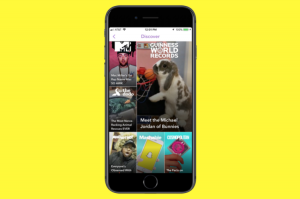 Linear TV viewing figures may be on the decline, but overall numbers are on the rise – and young people are to thank.

This is according to a new study from The National Research Group commissioned by Snap Inc. The report outlines the evolution of video, trends in mobile content, and the role of Snapchat (the social messaging app owned by Snap Inc.) in entertaining today’s young consumers.

The UK Broadcasters’ Audience Research Board (BARB), had observed in 2018 traditional linear TV viewing among UK citizens of all ages is on the decline, with the sharpest decrease among Gen Z and Millennials. These groups spend 34% less time with traditional TV than they did in 2012, and approximately 15% less time since last year.

However, the new report points out that a holistic analysis which includes streaming and time-shifted TV shows that content consumption is growing. BARB predicts that the UK will reach new heights in terms of viewing minutes per day by 2022, with viewing spread across a wide variety of devices and platforms.

As far as that highly-coveted age bracket goes, the report found that young people are watching more mobile video than ever before. It states that 33% of every hour spent online is dedicated to video.

The report concludes that, on average, two in five people on Snapchat watch Discover feed content every day.

Snap Inc. has historically had issues making money, with Q1 2019 revenue sitting at $390 million. That was a record quarter for the company that lost its heads of finance, sales, chief strategy officer, president of hardware, and CFO in the past year – but the company still has failed to turn a profit. Snap will hope that a greater focus on mobile video viewing habits will trend towards greater success going forward.