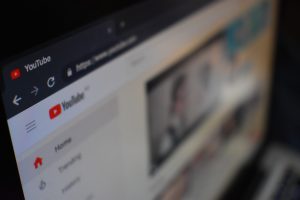 Viewing habits of the UK public have been called ‘unsustainable’ by a new report from researchers at the University of Lancaster.

Claiming that previous analyses of household viewing habits have been ‘largely anecdotal’, a team of computing researchers have thoroughly analysed the use of 66 computing devices, including smart TVs, dongles, tablet computers, laptops and mobile phones, for a month across 20 participants in nine UK households.

The study, which was supported by the Engineering and Physical Sciences Research Council (EPSRC), found that internet traffic has risen by about 20% a year, with streaming making roughly half of all traffic.

All households in the study watched some form of video content every day – contributing to nearly three quarters of total household data demand.

Smartphones were the most commonly owned devices and a PlayStation games console was the most data-hungry device in the study, followed by TV dongles.

YouTube was found to be the most data-demanding watching service – accounting for almost half of demand for watching across all households. Other demanding viewing services included Now TV, Netflix, Sky TV and TV Player. These were followed by social-media related video content on platforms such as Facebook and Twitch.

The report’s primary concern of ‘unsustainability’ comes from the hidden energy costs – both in the home and from data centres – of streaming data-heavy video content.

Practices, such as using video streaming platforms as background music players, were considered particularly wasteful. The research also points out that demands for higher quality streaming in HD and UHD has added to the strain.

Researchers involved with the study have called for viewers to consider less demanding forms of watching and for policy makers to give greater consideration to the energy and environmental costs associated with the Internet when pushing for faster infrastructure.

“It is clear that policy-makers have not made the connection between all-you-can-eat marketing, by Internet service providers, and data demand and there is little discussion on the energy impact of the Internet within public policy.

“We urgently need to confront ‘all you can eat’ and ‘binge’ watching more broadly as the shift to Internet-based services has an increasing impact on people, society and the planet. Ultimately if bingeing is bad for our health why are service providers allowed to promote data gorging?”

The findings have been detailed in a paper titled ‘Streaming, Multi-Screens and YouTube: The New (Unsustainable) Ways of Watching in the Home’, which was presented at the CHI 2019 computing academic conference at Glasgow in May.