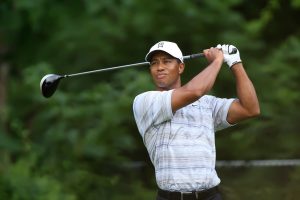 Sports journal Golf Digest has been purchased by Discovery.

In a deal worth a reported US$35 million (€31 million), the magazine becomes Discovery’s latest play to expand into the golf market. In June 2018, Discovery signed a 12 year exclusivity deal with PGA Tour, and subsequently launched GolfTV in January 2019.

“Golf Digest is a world-class brand that has become the go-to authority for millions of golf enthusiasts, professional players and global advertisers,” said Discovery, Inc. president and CEO David Zaslav.

“It’s a natural strategic fit with Discovery’s goal to be the leading golf media platform in the world.”

This marks the third time that Golf Digest has changed hands. Most recently, the magazine was sold to Advance Publications, Condé Nast’s parent company, from the New York Times Co. along with the publisher’s other golf magazines for $400 million in 2001.

In a statement, Golf Digest said that it received interest from “a wide spectrum of suitors in and outside of both golf and media”, but concluded that Discovery’s “ambitious plans to create a “digital home of golf”” swung the deal in its favour.

In addition to securing rights to the PGA Tour, Discovery has also signed deals to broadcast the European Tour, the Ladies European Tour and the Masters in select markets. It has also signed exclusive content partnerships with Tiger Woods and Open champion Francesco Molinari.

Alex Kaplan, president and general manager of Discovery Golf said: “What acquiring Golf Digest does for us is it provides an unparalleled level of expertise, authority, access, and credibility around the game that we don’t have today. As simple as that sounds, it’s a game changer. You don’t build a worldwide presence as the preeminent authority in golf overnight, so the ability to acquire that level of knowledge and integrate into what we’ve built, and more importantly what we’re planning on building all over the world is incredibly exciting.”

2019 Masters champion and golf Icon Tiger Woods added: “This is an important step in enhancing and expanding the U.S. and global reach of Discovery and GolfTV. It gives me another platform to tell my story directly to fans and makes my partnership with Discovery even stronger. This acquisition, along with what Discovery and GolfTV have already done with the PGA Tour, is great for the game of golf.”