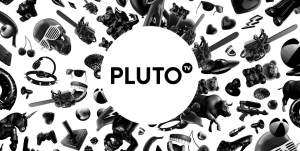 Viacom is to exploit “a significant opportunity in leveraging Viacom’s global operating footprint to drive Pluto TV’s growth” beginning with the launch of the recently-acquired free OTT TV service in Switzerland and an expansion of the service in the UK, Germany and Austria, with a Latin American launch scheduled for later this year, according to Viacom CEO Bob Bakish.

He told analysts that Viacom would “lean into [Pluto TV] harder and invest some incremental money” to expand on its leadership position.

Bakish said that the acquisition of Pluto TV “was always more than a D2C play”, and represented “an opportunity to broaden our partnerships with existing distributors”. He cited Comcast’s recent inclusion of the service as part of its Xfinity Flex offering for internet-only subscribers as proof of the validity of the strategy, and said that a second deal was already signed “with another large distributor”.

Viacom has also expanded Pluto’s premium content line-up by adding 14 new channels to the platform with “more to come”, according to Bakish.

Viacom will launch a US Hispanic version of Pluto TV – Pluto Latino – in July, including a set of specialised Spanish language offerings.

Pluto TV is now “an integral and compelling part” of Viacom’s upfront offering to advertisers, according to the CEO.

Bakish told analysts that the company’s advertising-supported video-on-demand (AVOD) play was working, with Viacom18’s Voot service in India passing the 50 million monthly active users milestone with a target of 100 million next year.

Bakish said that the platform had helped Viacom expand its reach to a “hard to reach” younger demographic, helping it achieve an audience of 80% of US 18-34 year-olds across linear, digital and social products.

Pluto TV had 16 million monthly active users at the end of April, a 31% over the three months since Viacom announced its acquisition of the OTT TV platform.

Bakish said that Viacom expects its Advanced Market Solutions unit, which includes Pluto TV, to almost double its revenues in this financial year and to represent close to 20% of domestic ad revenues.

Bakish also hailed Viacom’s success in expanding distribution with skinny bundles offerings such as AT&T’ DirecTV Now packs, as well as to OTT TV providers such as Netflix and Hulu.

On the wholly-owned subscription video-on-demand side of things, Viacom expanded its distribution in the US on the new Apple TV app and announced its first Latin American partnerships for Paramount+ with Brazil’s Net and Claro.

Overall, Viacom’s fiscal Q2 saw revenues slip by 4% at constant currency to US$2.96 billion, and adjusted operating income dropped 1% to US$637 million. The company said that strong growth  in theatrical and ancillary revenues was offset by lower licensing revenues.